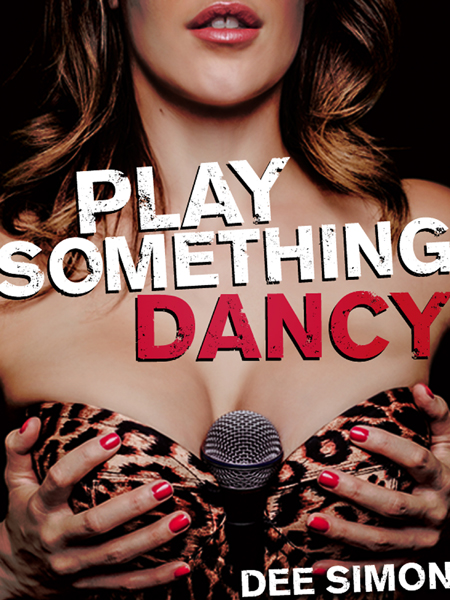 Former SF resident Dee Simon wrote a very funny, very raunchy book of short stories about his experiences spinning tunes at local strip clubs; it’s called Play Something Dancy. Clearly I had to talk to him and get the inside scoop.

Dee Simon I moved to SF in 2000 to pursue a career in broadcasting. Unable to land a paying radio job, I started hosting Rampage Radio at KUSF 90.3FM and eventually found a job in production at The Industry Standard magazine. The Standard was very successful for about a year and then folded once the crash happened. I was unemployed for about eight months until that fateful day I ran into my weed dealer who hooked me up with an audition at a club on Broadway, which launched my illustrious five-year career as a DJ at clubs across the city.

SFBG When you lived in San Francisco, I used to see you at punk and metal shows all the time. Did you ever get to sneak that kind of music into your playlist?

DS When I first started working as a DJ, I mistakenly assumed that all strippers danced to Motley Crue or Guns n’ Roses. Those bands had loads of strippers in their videos. In reality, they don’t dance to hair metal. There might be a few exceptions but most tend to prefer hip-hop and R&B. In the story “Run to the Hills” I talk about how all strip club DJs reserve a special cache of music for girls who choose not to tip. If a girl tipped me, I would play her anything she wanted. But if she didn’t tip, she’d dance to the music I liked — Iron Maiden, Slayer, Gwar, W.A.S.P., Motorhead, the Dwarves — till she realized it was in her best interest to take care of the DJ.

SFBG What constitutes a good versus bad song for stripper utilization?

DS The managers invariably want the DJ to keep the music uptempo. However, there are a variety of factors involved in selecting a song for a dancer. If it’s a Friday night and the club is packed, you don’t want to play a slower song like Portishead or R. Kelly that will decimate the energy in the room. You’ll risk losing the crowd and invoking the wrath of your manager. But at the same time, the DJ also wants to satisfy the dancer, especially if she’s a good tipper.

I would base my decision on the crowd. If the crowd seemed to be really tipping the dancers on stage during rock songs, then I’d persuade her to dance to Aerosmith or Led Zeppelin or AC/DC because she’ll make a lot of money. Conversely, if the crowd was more into hip-hop, I’d choose something old school like Notorious BIG’s “Hypnotize” or Tupac’s “How Do U Want it.” Both songs are recognizable classics and upbeat.

SFBG What was your most-hated song to play? Also, please explain how Weird Al became part of your playlist.

DS I despised the song “Hot In Herre” by Nelly. Try listening to that wretched song 12 times a night, four nights a week, and then see how many times you contemplate suicide. It’s been years and I still cringe when I hear it. Weird Al was only bought out in extreme circumstances when a non-tipping stripper was undaunted by the heavy metal and punk music that I was playing for her. In that case, I had no choice but to play some fine Weird Al tunes such as “Dare To Be Stupid,” “Yoda,” or “Amish Paradise.” Most dancers would usually tip after dancing to “Amish Paradise” two or three times in a night.

SFBG Were you writing down the crazy stories that happened to you all along, or did you compile them later? What inspired you to write a book, and how true to life are the stories?

DS Over the five years I worked at the clubs, I kept a journal to chronicle my mishaps and shenanigans. I had several notebooks filled with amusing stories but never really did anything with them. It wasn’t until two years ago when I moved to Los Angeles and was unpacking some boxes, I found my journals and decided to officially write some of the stories down in book form. Sadly, all of the stories in the book are quite true; however, in order to protect myself from criminal prosecution and civil liability, names, locations, and identifying characteristics had to be changed.

SFBG Strip clubs are often fodder for films (Showgirls, The Wrestler, etc.) In your opinion, which is the most accurate portrayal of what goes on behind the scenes? Which is the worst, and why?

DS I think The Wrestler offered a very accurate portrayal of the depressing reality of a strip club and we got to see Marisa Tomei’s ta-tas. I also thought that Tarantino did an excellent job of showing how much of an asshole strip club owners can be in Kill Bill Vol 2.

I know it’s not a film but The Sopranos delivered a realistic portrayal of strip club life with the Bada Bing! club.

Critically, it might be one of the worst films ever made but Showgirls is a hilarious cult classic that has stood the test of time, and it would be blasphemy to criticize it. In my opinion, the worst strip club movie has to be Striptease with Demi Moore and Burt Reynolds. The name of the strip club where Demi Moore worked was called the Eager Beaver and that’s all I really need to say about that.

SFBG You DIY’d the publication of the book, and are doing your own publicity. How has that process been? How do you get the word out and what has the reaction been?

DS Like the music industry, publishing has radically changed and authors are no longer beholden to literary agents and the “Big 6” publishers to produce their book. Now all an author needs to do is find an editor and a digital conversion tool and he or she can make their own digital book and publish it on Amazon or iTunes.

Instead of spending months collecting rejection letters, an author can put his or her own work out there and see who wants to read it. I’ve found that the most difficult part of self-publishing is publicity and promotion. Since I cannot afford to hire a professional publicist nor purchase ads in the New York Times, I rely on social media, blog posts, podcast interviews, and book reviews to spread the word. From what I can tell, people seem to dig the book. I’ve received a lot of positive feedback and good ratings on Amazon and iTunes, which definitely helps with exposure.

SFBG Have any of the people who figure into your stories read the book and given you feedback? Which story do people respond to the most?

DS Thankfully, none of the people I have written about have recognized themselves in the book, hunted me down, and physically harmed me. I’m rather afraid of one character in particular named Pepper. He was a frightening individual but he didn’t strike me as the type of person who would bother reading a book that didn’t have any titty pics so I’ll probably be all right.

I’ve received the biggest response from the opening story “Lexi” and the final story “Kashmir.” In fact, several people mentioned that after reading “Kashmir,” they have been unable to listen to that Led Zeppelin song again without feeling nauseous.

SFBG What do you think of Tucker Max comparisons? Personally I think you are a better writer than he is, but some of the … racier subject matter might speak to similarities between you two.

DS Though I’m not a fan, Tucker Max is a bestselling author who has legions of devoted readers. I’d love to replicate that success. I suppose the subject matter of our books is comparable but the theme is vastly different. Rather than boast about my various sexual exploits and deviant acts, I regret having had to endure them.

A lot of the stories in the book are humiliating and some involve venereal disease and diarrhea. There’s a definite reason the full title of the book is Play Something Dancy: The Tragic Tales of a Strip Club DJ.

SFBG What are you up to these days? What is the Sick and Wrong podcast all about?

DS I live in Los Angeles now and am writing a follow up to Play Something Dancy. I host a weekly comedy podcast called Sick and Wrong where my cohost and I ridicule inept criminals, dish out horrible advice to callers, and interview some colorful guests. At seven years, Sick and Wrong is one of the longest-running podcasts and ranked among the top 100 comedy podcasts on iTunes. I also just started a new vidcast called the Obscenesters, which is recorded at Tradiov.com/LA.

DS My favorite recent show was Graveyard. Their new record, “Lights Out” is fantastic. I highly recommend it.

Dee Simon’s book Play Something Dancy is available on Amazon.com, iTunes Bookstore, and barnesandnoble.com. Learn more about Simon and his other ventures at his website.