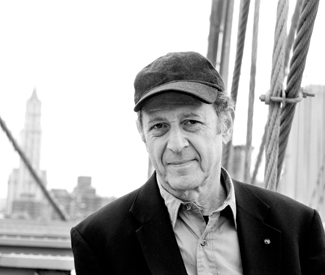 MUSIC From David Bowie and Brian Eno’s forays into ambience, to the unrelenting pulse of trance and house, minimalist icon Steve Reich’s propulsive compositions have irreversibly shaped the pop world’s development since the 1970s. Now, four decades into his career, Reich is reversing the formula with “Radio Rewrite:” a new piece adapted from and inspired by the recordings of alt-rock institution Radiohead.

This Saturday, Stanford University is set to host the US premiere of “Radio Rewrite,” performed by acclaimed new-music ensemble Alarm Will Sound, in a program comprised entirely of Reich’s works.

Credited alongside Philip Glass, Terry Riley, and LaMonte Young for introducing minimalism to classical music, Reich is often cited as the most influential living composer. After moving west from his native NYC to study composition at Mills College in Oakland, and finding his voice with a series of groundbreaking, spoken-word tape loops (’65’s “It’s Gonna Rain” ’66’s “Come Out,”), he headed back east to form his own large ensemble: Steve Reich and Musicians.

The sound Reich achieved with this group was refreshing and unprecedented, combining pianos, strings and mallet instruments to create glassy, resonant textures, and mechanical rhythms that mirrored NYC’s industrial, caffeinated soul. His flagship composition, “Music for 18 Musicians,” (1976) showed a remarkable ability to breathe life into rigid structures, resulting in, arguably, the richest, lushest, most approachable recording of the Minimalist era.

Reich is noted for cutting against the grain of classical traditionalism. The percussive drive of his music reflects his beginnings as a bebop drummer, as well his time spent studying West African percussion and Indonesian gamelan. “Music for 18 Musicians” was released in ’76 by ECM, the esteemed jazz label, earning him cultural capital far beyond the confines of the so-called “new-music ghetto.” And, in 2008, Reich premiered “2×5,” his first piece written for rock-band instrumentation, electric guitars and all. Though Reich might be classified as a classical composer, he remains a musical omnivore.

Similarly, guitarist and composer Jonny Greenwood has built a reputation over the past decade as Radiohead’s experimenter-in-chief, by employing exotic instruments (Ondes Martenot, anyone?) and imaginative guitar techniques, as well as delving into the classical world with compositions of his own. After testing the waters with “Popcorn Superhet Receiver” in 2006, and penning the acclaimed score to Paul Thomas Anderson’s There Will Be Blood, (2007) Greenwood flew to Krakow, Poland in 2011 to take part in Sacrum Profanum: a festival dedicated to Reich’s music, where the two musicians would first meet.

Before Greenwood caught his ear with a solo rendition of 1987’s “Electric Counterpoint,” (a piece written for 14 guitarists), Reich had been unaware of Radiohead. “It was a great performance and we began talking,” Reich told the Independent (UK) recently, in anticipation of “Radio Rewrite”‘s world premiere in London.

“I found his background as a violinist and his present active role as a composer extremely interesting when added to his major role in such an important and innovative rock group,” Reich continues in the Independent article. “When I returned home I made it a point to go online and listen to Radiohead, and the songs ‘Everything in its Right Place’ and ‘Jigsaw Falling into Place’ stuck in my mind.”

In an interview with the Herald Scotland, Reich described his affinity for the two pieces, explaining, “‘Everything’ is a very rich song. It’s very simple and very complex at the same time. What does it mean? Maybe it’s about a relationship, maybe I should ask (Radiohead bandleader) Thom Yorke, but he wouldn’t tell me, I wouldn’t get anywhere with that… For ‘Jigsaw,’ it’s the harmonic jumps of the piece, it’s a beautiful tune.”

“It was not my intention to make anything like ‘variations’ on these songs, but rather to draw on their harmonies and sometimes melodic fragments and work them into my own piece. This is what I have done. As to whether you actually hear the original songs, the truth is — sometimes you hear them and sometimes you don’t.”

Debuting the piece is NYC’s Alarm Will Sound, one of the most aggressively modern classical ensembles currently working. Having performed works by Aphex Twin, and collaborated with Dirty Projectors, the 20-piece seems aptly chosen to tackle “Radio Rewrite”‘s inherent genre-ambiguity.

Considering Reich’s enormous influence, the opportunity to witness him approach a younger generation’s music for the first time is a significant one. Implied within “Radio Rewrite” is a collision between two musical worlds, and the exploration of new, unpredictable terrain. Live music rarely seems so promising.

Performed by Alarm Will Sound