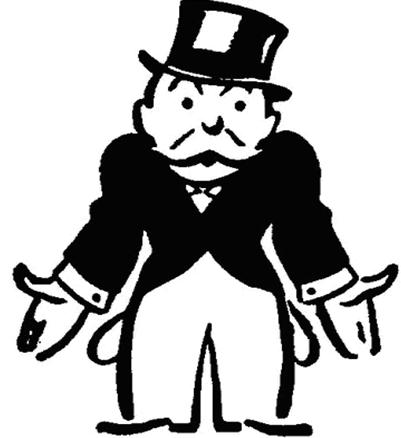 Check out the news this week:

The Associate Press reports that there are increasing numbers of homeless and poor people in Silicon Valley. The piece almost sounds like something I would write:

Simply put, while the ultra-rich are getting even richer, record numbers of Silicon Valley residents are slipping into poverty. “In the midst of a national economic recovery led by Silicon Valley’s resurgence, as measured by corporate profits and record stock prices, something strange is going on in the Valley itself. Most people are getting poorer,” said Cindy Chavez, executive director of San Jose-based Working Partnerships USA, a nonprofit advocating for affordable housing, higher minimum wages and access to health care.

That will come as no surprise to people who lived through the last tech boom in San Francisco and are struggling to live through this one. Great wealth does not trickle down around here; it sucks up housing, drives up costs, and creates homelessness and poverty for the most vulnerable:

The causes for the growing disparity are complex, but largely come down to one thing: a very high cost of living. The median home price is $550,000, and rents average just under $2,000 a month for a two-bedroom apartment in this region that is home to many of the nation’s wealthiest companies including Facebook, Apple Inc., Hewlett-Packard Co. and Google. For a family of four, just covering basic needs like rent, food, childcare and transportation comes to almost $90,000 a year, according to the nonprofit Insight Center for Community Economic Development. “The fact is that we have an economy now that’s working well only for those at the very top,” said Lawrence Mishel at the Economic Policy Institute in Washington, D.C. “Unless we adopt a new approach to economic policy, we’re going to continue going down this path, which means growth that does not really benefit the great majority of people in this country.”

Meanwhile, there’s a new study out, using a new approach to economic data, that shows that almost a quarter of all California residents live below the poverty line. The raw data, which is a bit thick, is here. There’s a state Senate report on it here. Sen. Leland Yee (D-SF) held a hearing on the data — but uncovering the facts, while valuable, isn’t going to get anyone off the streets. And I don’t understand why this isn’t on the front page of every major newspaper in the state.

Before my trolls tell me that I hate the rich, let me repeat: I don’t hate anybody and I don’t blame rich people for what this country has created. That’s the fault of the policymakers who, since Ronald Reagan too office in 1981, have allowed the United States to embrace increasing social inequality.

Great wealth can make a country, well, wealthy. But if it’s allowed to stick entirely to the top, then if can do more harm than good.

And the reality is that, particularly in the South and the West, tax policy is designed to help the wealthy at the expense of the poor:

The fact is, the more the poor are taxed, the worse off they are, whether they are working or not. We all pay a huge price for this shortsightedness. Medicaid payments, food stamps, disability benefits — all of these federal programs swoop in to try to patch up a frayed safety net.

In other words, it’s not the Invisible Hand of Adam Smith causing the poverty in California. It’s not laziness that causes poor people to live on the streets. And it’s not just happening in San Francisco.

Now, some of the people who like to comment on this blog suggest that poor people just move somewhere else, that it’s too expensive to live in San Francisco and that’s just the way it is.

That’s a bit of a harsh approach, and undermines the entire idea of a city as a community, where people of different income levels can live. But it’s also impractical; one of the reasons people come here, besides the weather and the scintillating level of intellectual dialogue (present company excluded) is that there are jobs here. Oh, and most poor people can’ t just pack up, hire a moving van, relocate to another city, pay first and last month’s rent, and live on savings until they find a new job.

There was a time when the federal government taxed great wealth, and used the money to invest in cities, building (and subsidizing) housing and infrasructure and funding jobs programs. Much of that is now gone; revenue sharing is a ghost of the past, eliminated in the Reagan era.

So now we have almost a parody of American economic news: The New York Times reports that the Dow Jones Industrial Average is setting new records, and on the same page notes that the numbers of homeless people and people living in poverty are also setting records.

This is by far the biggest issue, the most serious crisis, facing the country, and (unlike wealth) it trickles down to every level of government. And it seems as if nobody is paying attention.