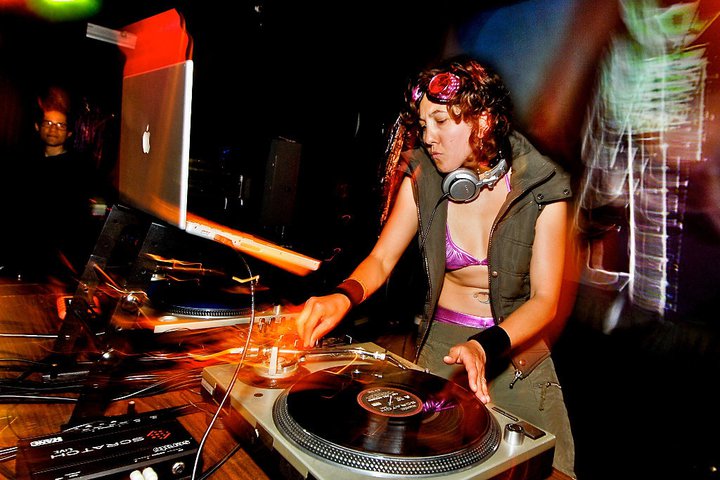 SUPER EGO Can’t talk long, chicas grandes, I’m winging off to Oaxaca to dance with some gorgeous muxes, hike up lost pyramids, dive into cauldrons of darkest mole, and wooze along to the ethereal, chromatic-marimba sounds of son istmeño, one of my favorite musics in the world. (If I don’t come back, give my turquoise witchy retro-’70s thrift store jewelry to Juanita More, to distribute to wee drag newbies in need as she sees fit. And somebody play an accordion by the light of the equinox moon, because.)

Did you know that Oaxaca has one of the largest concentrations of pipe organs in the world? I did not. It’s a meta-calliope! In any case, I’ll need you to represent hard at the following parties, since I Mexican’t. See y’all in Abril.

The deep house domination of the East Bay continues with this new weekly, put on by some of pretty damned good DJs: Mo Corleone, Indy Niles, Alixr, and Nackt. Mo tells me they’re meaning to attract “house enthusiasts looking for something fresh (and maybe a little bit raw).” I’m so down.

Maybe there could be a better name for this thingie, but if you’re bonkers for that poppy yet sensual tech house sound that’s dominated the past four years and helped form an accessible corrective to corporate EDM — well, your head’s about to explode. Kindly remove your fedora! Rebel Rave Thu/14 (not really a rave) with Art Department and Damian Lazarus, Detroit’s Seth Troxler Fri/15 with Cosmic Kids, and Israeli cutie Guy Gerber Sat/16 with Cassian. ‘Nuff said.

Our favorite weekly Latin soul and Afro funk party, headed by those too-cute McGuire brothers, just released a zazzy album of live music, which is awesome. Check out the full band to celebrate, well, life and everything. You must dance to the beat of the drums.

BACK TO LIFE :: BACK TO REALITY

Vogue for life! The original dance form (not so much the Madonnified version) is back in full swing — here’s the second vogue ball this month. This time around there won’t be much shade, as our local representatives of the mighty House of Aviance (plus NYC’s fearsome Icon Mother Juan Aviance) present this showcase ball. Open to all newbies and welcoming of everyone, it should be a real hoot. Check out the link for the competition categories and bring it like a legend. With DJs Gehno Sanchez, Sergio, and Steve Fabus — and appearances by Vigure and Tone, Manuel Torres Extravaganza, many more.

One of the absolute greats of DJing returns from the UK to bring his pitch-perfect electro funk and old-school soul, seasoned for three+ decades, to the lovely Monarch’s tables. Maybe this time the club’s lighting system won’t project an error screen onto him for half his incredible set? That was neat for a minute, then weird.

I can tell by the title that this gathering was simply made for you. Super-cool old-timey event with complimentary native drinks pisco punch and 21st Amendment beer, plus “tales of dubious moonshine, dirty roadhouses, and nefarious characters” told by scene players like Broke-Ass Stuart and Woody LaBounty. Live music, rare film footage, and a gaggle of real characters for sure.

THE QUEEN IS DEAD: THE SMITHS VS. SUEDE

The name says it all for this installment of the stylish yet dour monthly Morrisseypalooza. And with both Suede and Johnny Marr pimping new albums, it’ll be a twee bloodbath. They will play “Suedehead”? They must play “Suedehead.”