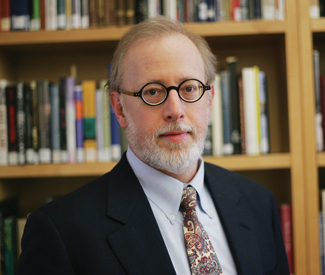 From the nation’s Capitol to local city halls, requests filed under the Freedom of Information Act (FOIA) and local public records laws tend to be stymied by bureaucracy. Protecting the public’s right to know requires fierce dedication, and for 28 years, the Northern California Chapter of the Society of Professional Journalists (SPJ) has honored journalists, lawyers, citizens and others who have successfully used public records to hold government accountable. In an era of steep budget cuts and assaults on transparency laws, these first amendment champions deserve serious cred.

UP AGAINST THE FBI

Before embarking down the path of a FOIA request, it’s worth considering what sort of rabbit hole you might find yourself down. When then-undergraduate Seth Rosenfeld began investigating FBI activities on UC Berkeley’s campus for his senior journalism project, he started with a mere nine thousand pages of FBI files obtained through the Freedom of Information Act by his university’s newspaper, The Daily Californian. Thirty-one years and five lawsuits later, he ended up with a total of more than 300,000.

Rosenfeld, who has worked as an investigative reporter for the San Francisco Examiner and the San Francisco Chronicle, enlisted a team of pro-bono lawyers to pursue his case. The FBI resisted, claiming that the records were of little public interest and demanding that Rosenfeld pay thousands of dollars in processing fees, then by heavily excising any documents they were forced to release. The agency, which spent more than $1 million trying to withhold the information from Rosenfeld, argued that redactions were necessary to protect law enforcement operations, national security and the privacy of people named in the records. On one document, Rosenfeld found scrawled by former FBI director J. Edgar Hoover himself: “I sense utter fright as to the Freedom of Information Act. It doesn’t open up the flood gates to every ‘kook,’ ‘jackal’ and ‘coyote’ to all our publications, files & records.”

Rosenfeld’s research led him to publish Subversives: The FBI’s War on Student Radicals and Reagan’s Rise to Power, which details how the FBI, under Hoover, used Cold War-era tactics to target political dissent on the UC campus. The book reveals Hoover’s close relationship with Ronald Reagan and a plot—ultimately successful—to fire then-UC president Clark Kerr. Rosenfeld is this year’s winner of the Norwin S. Yoffie Career Achievement Award. (Dylan Tokar)

Using information obtained through the Freedom of Information Act, Jennifer Gollan and Shane Shifflett of the Center for Investigative Reporting examined conflicts of interest in California’s federal judiciary. Using financial disclosures, court records and judicial budgets, Gollan and Shifflett cross-referenced the financial investments of federal judges with cases in which they filed rulings.

They discovered that, since 2006, judges had entered more than two dozen rulings in cases involving companies in which they owned stock — a violation of federal law and the Judicial Code of Conduct. Their investigation revealed flaws in the system that should prevent conflicts of interest. In California, Gollan and Shifflett found, judges are allowed autonomy in deciding who and how their financial interests are monitored.

Their story also demonstrated that FOIA doesn’t always function the way it should. According to the reporters, the federal government inhibits public access to what is supposed to be public information, by collecting fees from the Public Access to Court Electronic Records (PACER) valued at nearly five times the cost of running the system. The federal judiciary also refused to cooperate with the investigation. Fee waivers for PACER records were refused, judges were notified of requests for financial disclosures, and financial figures regarding PACER fees were withheld. (Tokar)

Copwatch is a Berkeley-based advocacy organization dedicated to monitoring police action and opposing police brutality. Last May, Copwatch filed a FOIA request and received documents revealing that the Berkeley Police Department had requested a $170,000 armored vehicle from the Department of Homeland Security. The vehicle — a Lenco BearCat G3 — resembles a military-style armored truck and was intended to assist the Berkeley, University of California and Albany police in suppressing civilian protests and potential civil unrest. Thanks to the vigilance of Copwatch, the local community mobilized to oppose the introduction of the BearCat and convinced Berkley lawmakers to withdraw the request for funding. (Avi Asher-Schapiro)