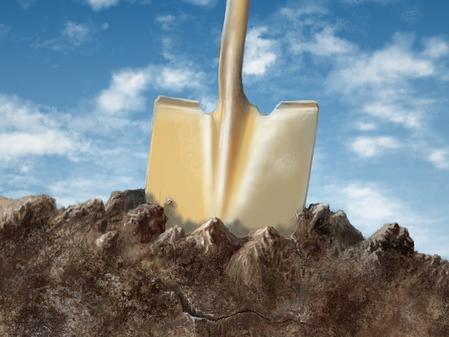 The concept of “freedom of information” has taken on epic proportions in the Age of the Internet. Take Wikipedia founder Jimmy Wales’ comments at the RSA Security Conference, which drew prominent tech luminaries to San Francisco’s Moscone Center last week.

“Imagine a world in which every single person on the planet is given free access to the sum of human knowledge,” Wales said in describing the project’s foundational vision, his image magnified by giant projection screens. Twenty-four million volunteer-submitted entries and 490 million unique visitors later, the San Francisco-based project “has become part of the infrastructure of information,” he proclaimed.

Wikipedia isn’t alone in having a philosophy of open access to information. Twitter’s informational updates are unbound by time or distance, while Google’s stated mission is to make “the world’s information … universally accessible.” For better or for worse, humans have never had so much light shed upon so many topics at once.

But even as the Bay Area plays host to a revolution in information sharing, local sunshine advocates bent on protecting the public’s right to know face an uphill battle. At the state level, budget rollbacks threaten to impact agencies’ ability to respond to California Public Records Act inquiries. And when it comes to illuminating the activities of government or tracing how money influences politics in San Francisco, secrecy is still the word of the day.

San Francisco city government has seemingly embraced the ethos of information sharing that’s currently in vogue amid the tech world. But even as the city accelerates its commitment to “transparency” through software, traditional systems for providing access to public records are languishing.

Enforcement of the San Francisco Sunshine Ordinance, an open-records law enacted in 2000, remains anemic, and the transparency law came under attack last year with calls to scrutinize the city’s cost of compliance. Meanwhile, the city agency tasked with routing political corruption — the San Francisco Ethics Commission — is still in the information dark ages.

Powered by a Seattle company called Socrata, the Open Data platform seeks to “enhance open government, transparency, and accountability” by making data widely available. Socrata won the privilege of launching in San Francisco after snagging a Living Labs Global Award through a private nonprofit, an honor it received at an international convention in Stockholm, far from City Hall and completely outside the city’s normal bidding process.

Setting the eyebrow-raising contractor selection process aside, Open Data does provide some nifty tools for information-seekers and raw fodder for software developers who can use it to configure new apps for citizen engagement. The program features data sets showing real-estate development projects, neighborhood crime incidents or campaign spending trends, among other things.

Jay Nath, the mayor’s chief innovation officer, is a key driver behind Open Data. But when it comes to direct public information, he’s not so open at all. Reached by phone, Nath said he needed permission from the mayor’s communications office before he could answer basic questions about the system — for example, how much it cost. Due to some mysterious holdup that doesn’t bode well for the city’s depth of commitment to transparency, he never responded to Guardian requests for an interview. All we know is that one news report put the price at $40,000 a year.

While the information generated by Open Data is an interesting development and could prove useful in many respects, it’s no substitute for sunshine.

Unfortunately, public-records requests tend to be ignored all too often in San Francisco, spurring complaints that then seem to hit dead ends. Meanwhile, the government agency tasked with holding officials accountable under the Sunshine Ordinance and promoting ethical conduct in government apparently hasn’t embraced this newfound enthusiasm for transparency.

At a recent “interested persons” meeting hosted by the San Francisco Ethics Commission to talk about possible regulatory reform, Friends of Ethics (FoE), a group that’s pushing for tougher rules, questioned why the city watchdog agency wasn’t bothering to record the proceedings. “If we don’t have a recording, and we don’t have minutes, and we don’t have a back-and-forth, how do we make decisions?” FoE member Eileen Hansen, herself a former Ethics commissioner, wanted to know.

Asked directly whether the agency would record the meetings, Ethics Commission Deputy Director Mabel Ng responded, “A lot of it depends on what our resources are. I don’t even know that we have a tape recorder.”

So: The city has $40,000 a year to spend on software that can plot graffiti on customized maps, but can’t find $100 or so for a recording device for its open-government agency? It’s little wonder that the Civil Grand Jury in 2011 referred to the Ethics Commission as “The Sleeping Watchdog.”

That report found the commission had dismissed nearly every case forwarded to it by the San Francisco Sunshine Ordinance Task Force, which is tasked with investigating complaints filed under the city’s open-records law. Between 2004 and 2010, for example, the sunshine panel sent 18 cases to Ethics — each one an example of a violation of the open-government laws so flagrant that the task force considered it official misconduct. Ethics dismissed all 18 of those cases. “Because of the Ethics Commission’s lack of enforcement, no city employee has been disciplined for failing to adhere to the Sunshine Ordinance,” the report found.

An analysis performed by the Board of Supervisors Budget & Legislative Analyst, meanwhile, discovered that 76 percent of ethics investigations in San Francisco die off with a “case dismissed.”

And in some cases, the Ethics Commission hasn’t adopted basic technology like Excel spreadsheets. For example, a San Francisco campaign finance law prohibits high-paid city contractors from making campaign contributions to elected officials who approve their contracts. It was enacted to eliminate quid pro quo dealings and prevent corruption — but it’s next to impossible for elected officials to figure out if they’re in compliance, since the filings aren’t submitted electronically.

“By maintaining the paper format, Ethics makes it more difficult to utilize the data in the forms,” former Ethics Commission staffer and FoE advocate Oliver Luby pointed out at the meeting.

Luby also pointed out that non-candidate campaigns, such as those promoting ballot measures, can conceal their donors by reporting campaign debt before receiving the funds to pay it off, making it impossible to track who’s plunking down. This “dark money” loophole can thwart transparency, but the commission “has never proposed any solutions for this problem,” according to Luby.

Even when citizens and journalists successfully wend their way through the public-records request process, it can be cumbersome. Sometimes, it’s only after years of court battles that records are finally shaken loose, and newsrooms with deeply slashed budgets are increasingly hesitant to engage in the time-consuming request process. That’s why Michael Morisy, a veteran journalist, started Muck Rock to facilitate the process of submitting public-records requests.

“As newspaper jobs were being cut, there was less governmental accountability reporting,” Morisy told us. So he teamed up with a business partner and fashioned a web-based tool that generates and files information requests based on what users are curious about. “The one thing I like to tell people is that you have this right. But it’s like a muscle — if you don’t use it, it gets weaker,” Morisy said. “And I do think a lot of the pushback on public records laws … is because people aren’t fighting as much as they used to, because newsrooms don’t have the budgets to sue.”

After studying open-records laws in all 50 states to figure out how best to craft a legally binding request, Muck Rock set up customized infrastructure with an online submission system that charges users $20 per five requests. “One of our users requested a bunch of documents regarding comic books in the 1950s. The FBI had a huge file on comic book artists,” he noted.

Even as this start-up tries to rekindle interest in public records, Sunshine is coming under attack across the country. “Cost is usually the big bogeyman that they try and trot out,” Morisy explained — but he sees transparency as the best safeguard against political corruption. “So it costs $200 to respond to a public records request,” he said. “That’s so much cheaper than having somebody embezzle $200,000.”