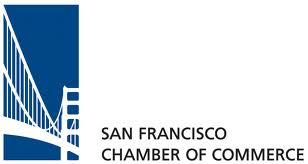 The Chronicle made a big deal of the fact that the Chamber of Commerce has a “21-point advocacy agenda” that “could weaken” the city’s “boundry pushing legislation and pro-labor policies.”

But really, nobody should even care.

The Chamber’s been pretty irrelevant to local politics for years now, and there’s no way six members of the Board of Supervisors are going to take the backward-thinking group up on its efforts to contract out city services and slow down cutting-edge proposals.

Actually, most of the “21-point agenda” is pretty tame. The Chamber, for example, wants to “Work with city government and advocacy groups to improve the ability of residents and visitors to move efficiently around the City by car, transit, bike and taxis.” And it hopes to “Continue to promote San Francisco’s small businesses through formulating favorable public policies and providing ample networking opportunities.” Wow. Hold the front page.

As for the things that might actually matter, forget it. Contracting out comes up almost every year at budget time; every year, a unified labor community shoots it down. This year will be the same. And nobody’s going to get City Attorney Dennis Herrera to release a public analysis of every piece of legislation before it’s approved.

Herrera’s better than his predecessors, by far, but he’s a lawyer, and lawyers don’t like to share with anyone the advice they give their clients. I often wish Herrera’s office would release more than it does, but unless the supervisors declare that they no longer want confidential advice from their attorney (which has its charm, to be sure, but also some real downsides) then the current policy will continue. Herrera will privately tell board members that there might be legal risks to some of their bills; the elected supervisors will decide whether to take those risks or not.

While I’m always an advocate of open government, the city attorney is not the Supreme Court. In the really bad old days, a city attorney named George Agnost used to routinely shut down progressive legislation by announcing that it was unconstitutional, leaving even conservative members of the board to denounce him. When the supes pass something, it’s a presumptively valid law. If you don’t like it, you can sue. The courts — not the city attorney — decide what’s legal and what isn’t.

And I have no idea where the Chamber’s Jim Lazarus came up with this:

But prior to Herrera and his predecessor, Louise Renne, city attorneys regularly issued public opinions, said Lazarus, a deputy city attorney in the 1970s who lost to Herrera in the 2001 election.

That’s completely untrue. I know; when Agnost was city attorney (in the 1970s and early 1980s) I tried constantly to get copies of his legal opinions. The vast majority were never released. That office was so secretive the city attorney wouldn’t even tell you his name if it wasn’t written on the door. When I pushed the issue, Agnost told me that copies of every non-confidential opinion he’d ever written were available at the public library. I went there. There were exactly three opinions on file, all of them noncontroversial and unrelated to any pending legislation.

Look, we all know that Gavin Newsom pushed the boundries of law when he approved same-sex marriages. But the California Supreme Court, faced with San Francisco’s civic disobedience, changed the law and said marriage was a basic right. And the US Supreme Court is about to do the same thing. Is the Chamber arguing that Newsom was wrong?

The Chamber is yesterday’s news. I don’t even know why we pay attention any more.