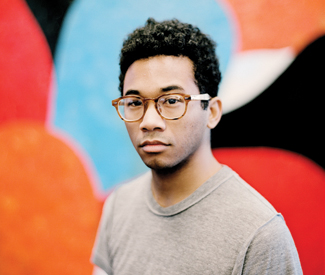 MUSIC Four years ago, in the waning days of the aughts, the befuddling adlib term “chillwave” forged in the throes of the blogosphere, accompanied nearly every story about acts like Neon Indian, Washed Out, and Toro Y Moi. For the uninitiated, chillwave is a cheap, slap-on label used to describe grainy, dancey, lo-fi, 1980s inspired music, and most importantly is a disservice to any band associated with it. Luckily for music writers and listeners alike, this term has died a relatively swift death.

Toro Y Moi, the one-man bedroom project of Chaz Bundick, has exponentially progressed since the chillwave era, in addition to his relocation to Berkeley in August 2011. Bundick is currently on a sold-out tour with his live band and will headline two sold-out Noise Pop shows at the Independent this weekend.

His latest LP, Anything In Return, which came out last month on Carpark Records and was recorded in full in the Bay Area, is a fruitful expansion beyond his earlier albums Causers of This and Underneath the Pine, and a shining foray into experimental styles and sounds.

Anything In Return marks an ambitious departure from anything Bundick has done in the past; Bundick describes it to me as a “bigger sounding album, more accessible and poppy.” The result is a fluent and delicate fabrication of funk grooviness, R&B introspection, and swirling pop melodies. The success — and more importantly, the ethos of the effort — is highly indebted to the late sacrosanct hip-hop producer J Dilla. If Anything in Return signifies a reinvention of Toro Y Moi, then J Dilla and his “try anything, do anything” mantra are its guiding light.

Such a transformation can be daunting to some, but as Bundick notes during our phone call, Dilla “makes everything seem like it’s alright to try.” One of the few Dilla tributes outside of the Paid Dues and Rock the Bells festivals.

Though maturation and cheer remain central themes in terms of sound side of things, Anything in Return is loaded with confessions about Bundick grappling with his relationship and the strain the life of a touring musician has placed on it. The gripes are most poignant on tracks like “Cola” and “Say That,” where he laments the state of flux his and his girlfriend’s different lives have placed on their relationship and the resulting insecurities that arise from such limbo.

His new life in the Bay Area — he moved out here from his hometown of Columbia, South Carolina because his girlfriend enrolled in a grad program at Cal — is expectedly represented in Anything in Return‘s character and aural makeup. One of the first and last things heard on the opening track “Harm in Change” is the crisp noise of a BART train accelerating as it leaves a station — most likely one of the three Berkeley stations.

So far Bundick has fluidly adjusted to life in Berkeley and in the Bay Area in general and signals his health as the biggest benefactor of his relocation. Coming from BBQ-laden South Carolina, the recent vegetarian convert is grateful for the Bay Area’s wealth of veggie options; in a recent interview with SFStation, he listed the revered Berkeley institution Cheese Board Pizza as his favorite food joint. And like pretty much anyone who moves here, he’s been biking, busing, and BARTing more and more.