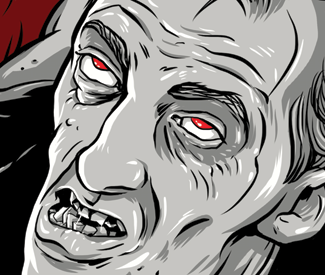 FILM San Francisco is a town of many film festivals: SF IndieFest wraps up Thu/21, and the Center for Asian American Media Festival (formerly the San Francisco International Asian American Film Festival) kicks off March 14. Lest you suffer fest withdrawal, the gap between is filled nearly end-to-end by Cinequest — San Jose’s 23rd annual salute to cinema that has a Silicon Valley-appropriate focus on technological innovations.

One example of that focus: Sony-sponsored 4K digital screenings of Taxi Driver (1976), Dr. Strangelove (1964), and Lawrence of Arabia (1962). While there’s no replacing the experience of seeing these classics projected on film, these restorations promise to render even Travis Bickle’s grimy apartment in eye-poppingly sharp relief. (“You talkin’ to me, or you checkin’ out my dirty dishes?”)

If the idea of burning highway miles to see movies you’ve already snagged on Blu-ray doesn’t appeal, Cinequest has corralled a genuine Hollywood icon for its Maverick Spirit Award: Harrison Ford. He’ll attend in person to discuss his career and, no doubt, field many a question about his rumored involvement in the upcoming Star Wars sequel-reboot-spinoff-thing — to be directed by J.J. Abrams, a past Maverick recipient himself. Other 2013 Maverick winners include Salman Rushdie, who’ll receive his award after the closing-night screening of Deepa Mehta’s Midnight’s Children, based on Rushdie’s 1981 Booker Prize-winning novel; and Chuck Palahniuk, who’ll be honored after a screening of a short film he scripted, Romance (one theme: Britney Spears), among others.

Cinequest’s largest component is, of course, its actual film programming, with a wide array of shorts, narratives, and docs. The fest kicks off with Sally Potter’s downbeat coming-of-age tale Ginger & Rosa. It’s the 1960s, nuclear war is a real possibility, and nuclear-family war is an absolute certainty, at least in the London house occupied by Ginger (Elle Fanning), her emotionally wounded mother (Mad Men‘s Christina Hendricks), and her narcissistic-intellectual father (Alessandro Nivola). Ginger’s teenage rebellion quickly morphs into angst when her BFF Rosa (Beautiful Creatures‘ Alice Englert) wedges her sexed-up neediness between Ginger’s parents. Hendricks (playing the accordion — just like Joan!) and Annette Bening (as an American activist who encourages Ginger’s political-protest leanings) are strong, but Fanning’s powerhouse performance is the main focus — though even she’s occasionally overshadowed by her artificially scarlet hair.

Horror fans: the number one reason to haul your carcass to Cinequest is Year of the Living Dead, a ghoulishly delightful look back at the making of 1968’s Night of the Living Dead. Rob Kuhns’ doc skews more cultural-legacy than fanboy, deploying a variety of talking heads (critics Mark Harris and Elvis Mitchell, Walking Dead producer Gale Anne Hurd, filmmaker Larry Fessenden) to explain why Night — offering just as much social commentary as any film from the Vietnam and Civil Rights era, except with way more squishy entrails — endures on so many levels. The best part, though, is the extended interview with George A. Romero, grinning and chuckling his way through anecdotes and on-set memories. On directing his amateur actors: “Just do your best zombie, man!”

Also highly enjoyable is Tom Bean and Luke Poling’s Plimpton! Starring George Plimpton as Himself, an affectionate portrait of the longtime Paris Review editor and “professional collector of experiences” who wrote books, articles, and made TV specials about his delight in being “the universal amateur.” His endeavors included playing football with the Detroit Lions, hockey with the Boston Bruins, and the triangle with the New York Philharmonic, among even more unusual pursuits. Some called him a dilettante (to his face while he was alive, and in this doc, too), but most of the friends, colleagues, and family members here recall Plimpton — born to an upper-crust New York family, he was friends with the Kennedys and worshipped Hemingway — as an irrepressible adventurer who more or less tailored a journalism career around his talents and personality.

Less upbeat but just as fascinating is Clayton Brown and Monica Long Ross’ The Believers, which starts in 1989 as University of Utah scientists Martin Fleischmann and Stanley Pons hold a press conference to announce they’ve discovered cold fusion — a way to make clean, cheap, plentiful power by fusing atoms instead of splitting them. But the initial excitement over their announcement soon gave way to skepticism and widespread dissent; eventually, their careers were in ruins, and by 1996, cold fusion was reduced to being a plot device for Keanu Reeves in Chain Reaction.

With new input from nearly everyone who was involved in the controversy (save the intensely private Pons, who’s seen in archival footage), The Believers captures cold fusion’s slow and spectacular fall from favor, while giving equal screen time to visionaries who believe it may still be possible. More importantly, its broader message explores what happens — or more pointedly, what doesn’t happen — when a radical idea appears, seemingly out of nowhere, to challenge an established way of thinking.