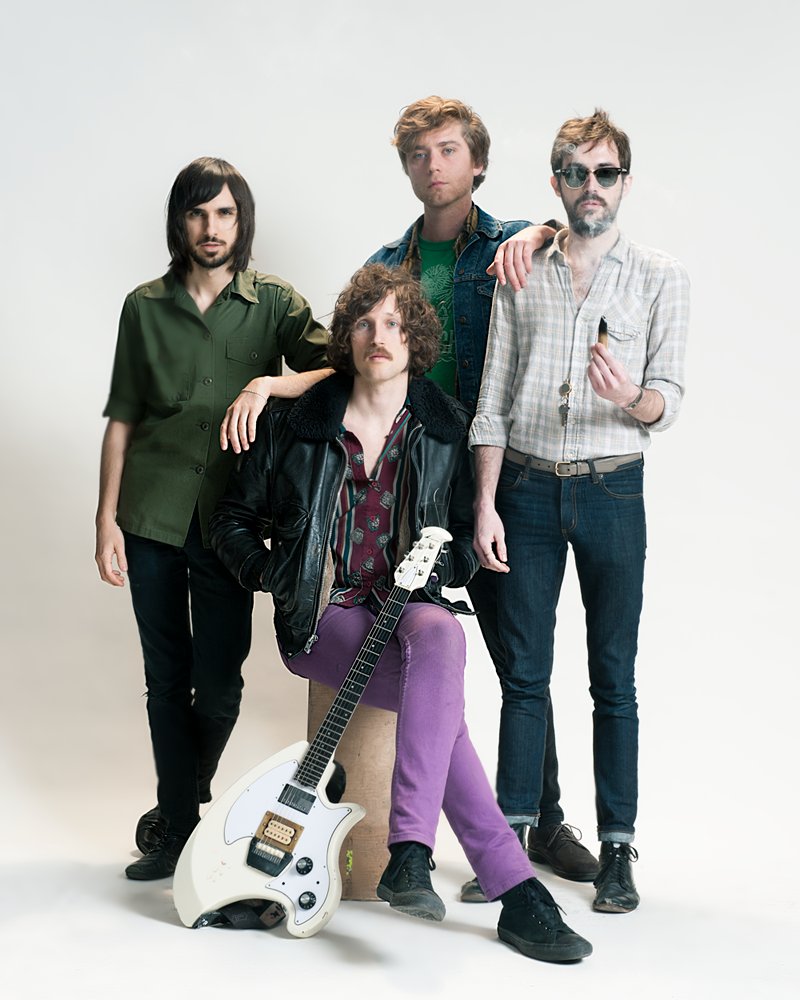 The people were itching to be pumped for whatever Warm Soda was going to be. After producer-musician Matthew Melton’s beloved garage pop outfit Bare Wires dismantled ceremoniously early last year, he announced the name Warm Soda, and we collectively gripped our seats. Thankfully, there was no cause for disappointment.

This time around, Melton, who also co-runs studio-label Fuzz City, teamed up with bassist Chase Oren, guitarist Rob Good, and drummer Ian McBrayer. Similar to the band’s first single album cover (for the song “Reaction”) Warm Soda is like the sonic version of an early ’80s bombshell in skintight Gloria Vanderbilt jeans, sucking down a can of Coca-Cola through a straw, and hitting up the jukebox for early T-Rex, Cheap Trick, and glammy garage acts in that oeuvre. Or as Melton describes Warm Soda’s vision — “lo-fi glam garage pop.”

Sugary and syrupy, with fizzy pop hooks and pump-up drum hits, Warm Soda’s full-length debut, Someone For You, is out now on local Castle Face Records, and sweetly picks up where “Reaction” left off. Lucky we didn’t have to wait long for another Melton classic. As Castle Face describes it, “a lean, mean gang of masterful power pop tunes with just the right blend of studio sweetness, teenage angst, and gritty bubblegum. All killer, no filler.”

What you like most about the Bay Area music scene: There’s never a dull moment in the Bay Area — always something cool to check out. A brand new act will pop up as soon as you think you’re clued in on everything that’s happening.

What piece of music means a lot to you: Slade, Slade in Flame — “The Citizen Kane of Rock Musicals” — 1975 essential film (and album) about the perils of being in a traveling rock band. This hilarious movie is a must-see for anyone in a band, and the album Slade composed to “score” the film is a UK glitter rock classic.

Who would you most like to tour with: Part Time.