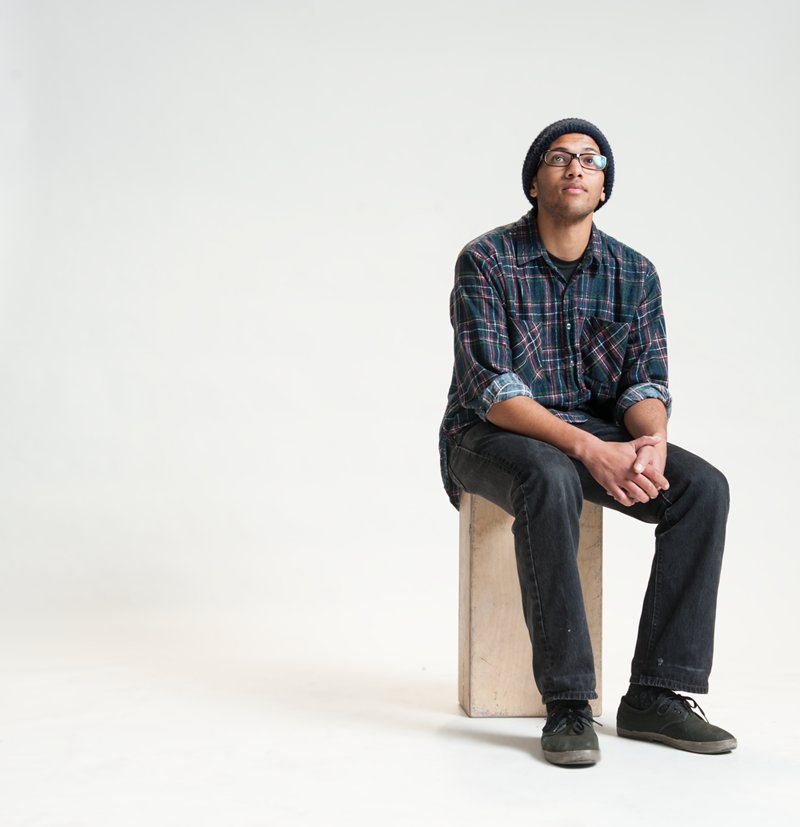 Space Ghost’s textured, sample-based electronic compositions might sound like fat rain drops dribbling over tight beats, as is the case with “SD”, or like the remnants of a soulful club hit stretched over hollow wooden percussion in newly uploaded tracks like one-minute-long “King City.”

He is ambient music-maker/Oakland producer Sudi Wachspress — not the masked Hanna-Barbera character — who pieces together tracks using sounds found on the Internet and arranges them in Ableton. The Ukiah native, born in ’91, says he also has a Zoom H4 audio recorder, which he’s used for field recordings in the past, an Alesis Micron, and a vintage Korg Mono/Poly, which he’s currently learning to incorporate into his music. He also occasionally works with his own recorded voice.

His music is, for the most part, simply created in his bedroom then uploaded to Soundcloud, sometimes unfinished, often with a raw murmur, always intriguing. He’s also put out a few actual records, including 2012’s You’re There, and he’s one of the hosts of Sick Sad World, with fellow DJs Mike Melero and Albert Luera. He described the monthly party — which has seen Le1f, Friendzone, and Main Attrakionz — in another publication as “a grimey warehouse Oakland rap-bass-dance party.”

What you like most about the Bay Area music scene: I don’t really think there is a specific electronic music scene in the Bay Area like the way Chicago has house music, Detroit with house and techno, LA with beats. And because of that I think the Bay Area is a really good place to be, for electronic music, because I feel like I stand out more at shows. I can play songs at shows that are completely rinsed in other places, but it could be some people’s first time hearing that song in the crowd. Also, at Sick Sad World, we have been pushing different bass heavy genres of electronic music in our sets, as well as including old and current rap, creating a sort of mixture of sounds at our shows. And because there is a lot of ground to be explored in electronic stuff around here, I think we are in the right place at the right time.

What piece of music means a lot to you: “Left Side Drive” by Boards of Canada. That was the first song I heard by them, second to “Roygbiv,” and it’s kind of unexplainable how it made me feel. I had never really heard much electronic music before then, and that song was just so deep. It just had this slow lagging hip-hop beat but was super grainy and had sounds I had never heard. All the sounds flow around each other so fluently and then at the end it enters 30 seconds of just pure angelic-like chords.

Favorite local eatery and dish: I’m super into nachos. I went to this place in Emeryville the other day called “Los Cantaros Taqueria,” and they have real good nachos and horchata.

Who would you most like to tour with: I think it would be tight to tour with the other guys on Astro Nautico, the label I released my last album on.