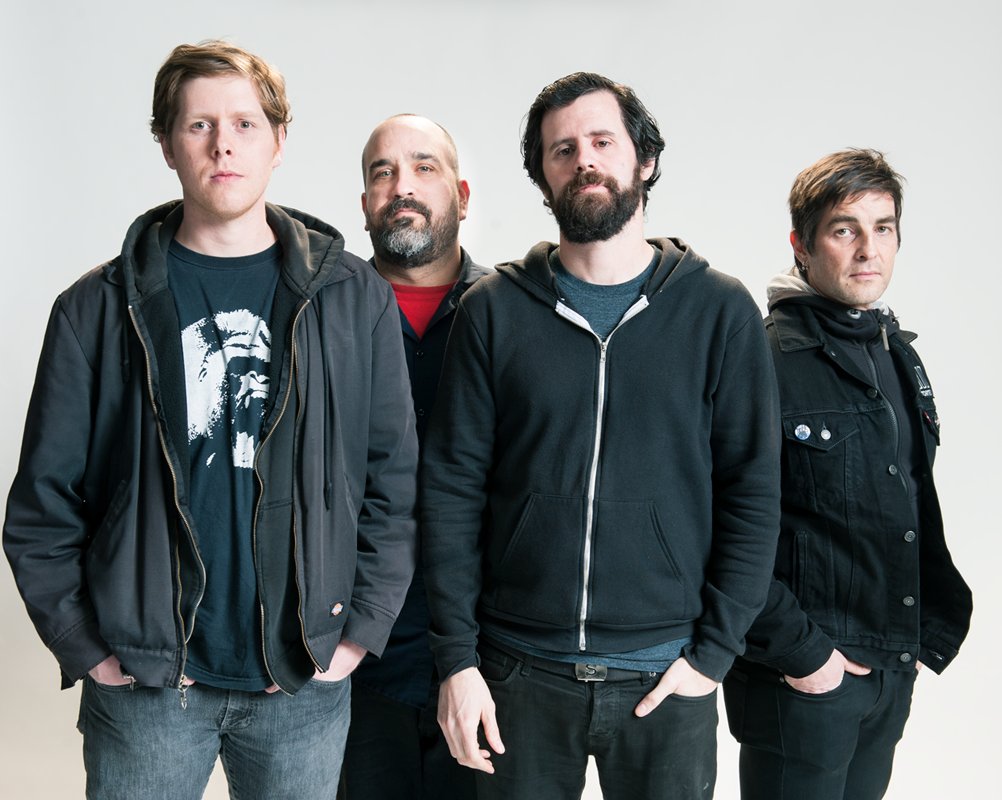 The line to get in to Kowloon Walled City’s album release show with Golden Void at the Hemlock in early January snaked around the building and into the alleyway. It was undeniably packed, and entirely sold out, with hordes of black-hoodied fans still waiting outside in the rain. A relatively uncommon sight for a night with a few local acts at the divey Tendernob venue.

Plus, Kowloon Walled City has been around for awhile. It was born in 2005, released a handful of LPs, briefly toured with Sleep, and has gained a steady, dedicated following. Yet it took December 2012’s ominous, muscular Container Ships for people to stand up and take notice — and that’s expanded to beyond the Bay Area’s incestuous metal scene. (Though don’t call the noisey rock band straight-forward metal, vocalist-guitarist Scott Evans once told the Guardian; just because it’s heavy, doesn’t make it metal.)

The new album is a thick slab of sludgy hard rock, with, yes, some elements of metal, doomy down-tuned guitars, Evans’ forceful howl, heavy drumming, and inevitable comparisons to the likes of Isis and Unsane. Yet, it’s not like the current musicians of Kowloon Walled City — Evans, Jeff Fagundes, Jon Howell, Ian Miller — are in it to break big; they’re all longtime local players, lovers of the art of creating loud music, especially Evans, who’s also known as the inventive sound engineer at Oakland’s Sharkbite Studios.

What you like most about the Bay Area music scene: All music scenes are beautiful. OK, the truth is I love music in the Bay Area, both as a musician and as a recording guy. There are so many great people and bands and venues and it’s great.

Who would you most like to tour with: All tours are beautiful.