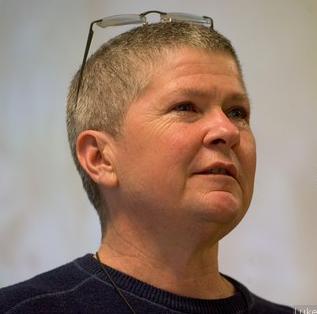 A group of LGBT labor activists is launching a nationwide campaign to push unions to bargain for transgender health benefits for their members.

Pride At Work, in collaboration with the Transgender Law Center, the National Center for Transgender Equality, and the SEIU Lavender Caucus, plans to ask labor groups, including local labor councils and state labor federations, to pledge to include trans benefits in future contract negotiations.

The effort is historic — and badly needed: Gabriel Haaland, co-chair of Pride At Work’s Transgender Caucus, estimated that fewer than 10 percent of all union contracts mandate health insurance benefits for transgender people.

The organizing effort will kick off in March with actions and educational programs in at least 10 cities.

Some unions already recognize the importance of the issue — SEIU, for example, endorsed the idea of including trans benefits at a recent national convention. And transgender employees of the 2.1 million-member union are covered.

But “we’re asking, how does that get implement at the local level, as a bargaining priority,” Haaland said.

A growing number of private-sector employers, including Google, Office Depot and Kaiser, cover a broad spectrum of care, including gender-reassignment surgery.

San Francisco made national headlines in 2001 when the city agreed to cover the health costs of transgender employees, and the right-wing nuts of the world went crazy. Headlines announced that the city’s taxpayers would soon be underwriting “sex-change operations.”

As a result, however, local health-care providers that contract with the city began to train their staff on trans sensitivity and began to develop protocols for treating trans patients.

In reality, most trans benefits are fairly inexpensive — hormone treatments, for example, are not terribly costly. And the very concept of organizing around trans issues and pushing benefits in union contracts can help bring a historically underserved and marginalized community into the political discussion.

“It’s just as it was in the past with gay and lesbian issues,” Haaland said. “A lot of people don’t even realize that they know trans people. And when trans workers realize that this is happening, it gets them more involved in their unions.”

Even in San Francisco, trans people face huge obstacles at work. A 2006 study by the Transgender Law Center and the Bay Guardian found that three out of four trans people in the city lack a full-time job — and more than 90 percent earn less than the area’s median income.

The organizing effort came out of a January, 2013 National Gay and Lesbian Task Force “Creating Change” conference in Atlanta, where Pride at Work members brought in transgender leaders from around the country for discussions on political issues and strategies. The issue of benefits was at the top of the list.

“Not just the issue but the process itself was historic,” Haaland said. “We went out and asked community leaders what they wanted, and this is where we ended up.”