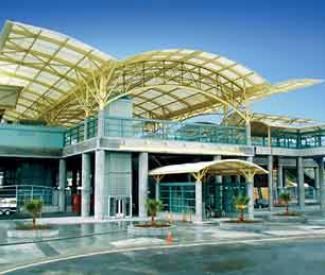 The BART Board of Directors will next week consider rival private development proposals for property it owns adjacent to BART’s Millbrae station, the latest step in a long and potentially lucrative process that has been highly politicized and marred by accusations of unethical behavior.

As we reported in November, BART Director James Fang was criticized for his close ties to developer Lawrence Lui and his Justin Development Corp., whose hotel and office building proposal for the site Fang had lobbied the Millbrae City Council to support without fully disclosing his relationship with Lui or the existence of another proposal for the site that BART is still considering.

The rival proposal by Republic Urban Properties is a housing and office project with some high-profile backers, including BART Director Joel Keller, that have been leading an aggressive legal and public relations effort coordinated by Singer Associates, which is insisting that the board’s discussion of the item on Feb. 14 be done in open session.

“We think an open session is vital to the transparency of this project given its history,” Singer’s Adam Alberti told the Guardian. He claims the Republic Urban proposal is a “transit-oriented project” that is best suited to the site and more lucrative to BART than the hotel-based proposal. “We hope they consider the project on its merits.”

Because the project involves real estate negotiations, the board is allowed under state law to consider the matter in closed session, and it has been placed on the agenda in both open and closed session. Board President Tom Radulovich told us, “At least some part of it will be open, and there is an interest in having as much of it open as possible.”

Keller also said that he will push for a full open discussion of the project merits. “I think the discussion of the proposal should be done in public, in open session, and there’s nothing that requires it to be in closed session,” Keller told us, adding that while he has long-supported Republican Urban project, he is keeping an open mind. “Whichever way the discussion goes, the public will be well-served.”

BART staff hasn’t prepared recommendations or a staff report for the board to consider, and part of the problem so far is that they have been too deferential to Fang and Keller, both longtime directors. Radulovich is critical of how BART staff has handled this project.

“Staff did everything they could to make this as political and non-fact-based as possible,” Radulovich said. “It’s just a really corrupt process and the people who are going to lose on this is the public….They’ve turned this into a lobbying contest because BART let them do that.”

While Republic Urban may have the inside track on that lobbying contest with the BART board, Lui’s team might have recently pulled ahead with the Millbrae City Council, which would ultimately have to approve any project at the site.

In a Jan. 30 letter to Radulovich signed by four of the five council members, including Mayor Gina Papan, Millbrae officials say they want a hotel and retail outlets at the site. “In moving forward, the Council agrees that the most beneficial use of BART Sites 5 and 6 is a mixed-use development which includes a hotel element. This type of project is ideal for this location and our city,” they wrote, noting that it is a key transportation hub. “A mixed-use development including hotel will bring much needed revenue to our city and BART, and establish Millbrae as a destination to do business, eat, shop, recreate, or stay and sleep. This is an exciting opportunity for everyone.”

Yet the letter also reiterates the city’s position that it is not willing to share transient occupancy tax revenues with BART, which Fang and Lui had previous said was a possibility and which could be key to making that project pencil out for BART, which uses long-term leases of its properties to subsidize it operating revenues.

Neither Fang — who previously told us he’s done nothing wrong and blamed Urban Republic for politicizing the process — nor a BART spokesperson returned our calls for comment. Keller said that the Republic Urban project seems to be better for BART, but he said, “If I can be persuaded the hotel project is better for BART, I’m open to it.”

The Millbrae BART station connects with Caltrain and other San Mateo County public transit systems, and it could become an even more important station once the California High-Speed Rail Project gets built, making Millbrae station the first access point to the greater Bay Area via BART for riders coming from Southern California.