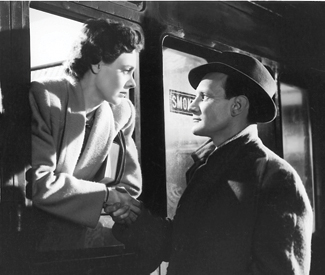 FILM “In Somalia there are no such things as kid actors and stage moms,” explains the trailer for Asad, an 18-minute film about a Somali boy forced to choose between fishing and piracy. “There are just survivors telling a story.”

Critically acclaimed, winner of much festival love, and just nominated for a Live Action Short Film Oscar, Asad is one of many stories filling the Mostly British Film Festival, a week-long spotlight of works from the UK, Ireland, Australia, and South Africa. Some of these tales are less-than-inspiring — like the Downton Abbey-biting Cheerful Weather for the Wedding, based on a 1932 novella, though its period setting is mostly conveyed cinematically by some fetching gowns and hairstyles. As uncertain bride Dolly (Felicity Jones) guzzles rum in her bedroom, her boisterous, moneyed family (headed by Downton‘s Elizabeth McGovern) makes nice through gritted teeth while waiting for her to emerge in her wedding dress.

The tension cranks to 11 when Dolly’s rather recent ex (Luke Treadaway) shows up for the ceremony. We see their relationship unfold in golden flashbacks, and though it’s clear they deserve each other — neither character is particularly likable, for one thing — a reunion between the two is clearly not in the cards; heavy symbolism like the pair finding a rotting fox carcass on one of their summer jaunts makes this all too clear.

Fear not, though — a far more satisfying doomed romance, if such a thing is possible, unfolds in Jump, a Northern Ireland-set crime thriller whose jumbled-up chronology is contained within a single night. Though his script (co-written with Steve Brookes) gets a bit coincidence-heavy by the end, director Kieron J. Walsh brings a crackling energy to this tale of Greta (Nichola Burley, from last year’s Wuthering Heights), a gangster’s daughter who decides to end it all on New Year’s Eve. Teetering on a bridge rail, dressed as an angel (cough), she meets a man (Martin McCann) who convinces her not to take the plunge.

Once they discover a connection (long story short: they both hate her dad), they decide to rip off her father’s club and blow town. Elsewhere in time, dad’s goons (one rabid, one reluctant) chase down the missing money, while Greta’s two friends (one of whom is costumed as a slutty Mary Poppins) bumble through New Year’s and somehow get involved in the events described above. Everyone’s life is a mess (typical NYE: someone’s sobbing on the sidewalk, someone’s in jail), but all the loose ends are tied up by act three. As Greta points out in her fantastic accent, “Nothing’s real. It’s like a fillum.”

Classic films also have their place at Mostly British. Fans of James Mason take note, as both Carol Reed’s 1947 noir Odd Man Out (starring Mason as an imperiled IRA agent) and Sidney Lumet’s 1966 espionage drama The Deadly Affair will screen. The latter features a sweet Quincy Jones bossa nova score — so incongruous to the setting and action it’s both distracting and awesome — and a blustering turn by Mason as a spy whose job woes are eclipsed only by the anguish he feels over his cheatin’ wife. All kinds of juicy Cold War intrigue in this one: code names, suspicious deaths, mysterious postcards, and bag-switching plots, plus stellar supporting turns by Harry Andrews as a tough guy (who also loves bunnies), and fading sexpot Simone Signoret as a secretive Holocaust survivor.

Another pair of oldies well worth revisiting, or seeing for the first time, are included in Mostly British’s David Lean double feature, which also happens to be a double feature for star Celia Johnson. In 1944 family drama This Happy Breed — as plot-twisty, character-stuffed, and entertaining as a soap opera, and shot in color to boot — she’s the brow-furrowed matriarch of a working-class family that tumbles through the decades between World Wars I and II. In 1945’s lusciously black-and-white Brief Encounter, she’s a lonely housewife who rediscovers desire after a chance meeting with an also-married doctor (Trevor Howard). Speaking of doomed romances, Johnson’s Oscar-nominated performance is a major reason why this film has become such a classic of that genre. *