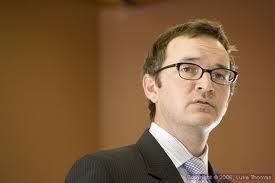 It’s been years since anyone really took the San Francisco Chamber of Commerce seriously as a political force. The verdict from the techies came in long ago; they do their own thing with their own money. Small business never got much out of the Chamber, and most of those folks have their own organizations. Even the big-business agenda was taken over for a while by the Commitee on JOBS. Then there’s SFSOS, Plan C and a bunch of other pro-business and anti-regulation groups. Rose Pak and her allies have their own Chamber of Commerce. You rarely hear anyone at City Hall worried about what the Old Chamber says or is doing.

Steve Falk, the current director, has softened the Chamber’s image a bit and tried to be somewhat diplomatic. But now this organization is about to go backwards.

If what Matier and Ross report is accurate, a former City Hall aide, former failed candidate for supervisor, and current director of the Golden Gate Restaurant Association may be the new chamber director. Rob Black seems to have a line at the top job after Wade Rose, an executive with Catholic Healthcare West, dropped out of the running:

We’re told some of the chamber’s big dogs – like the brokerage house Charles Schwab and Pacific Gas and Electric Co. – weren’t all that enamored of the soft-glove approach that Rose was promising to bring to his dealings with the San Francisco Board of Supervisors.

That jobes with what I’ve been hearing from local politicos, who’ve been saying that there were two candidates for the job — one very good and one very bad. Looks like the very good candidate (good by Chamber standards, anyway) is gone.

I don’t know Rose, but I do know that even this more moderate board of supes isn’t likely to take direction from what many see as an antidiluvean organization, a moribund old white men’s club with a ridiculous out-of-date agenda. Putting a person in charge who actually sought to build bridges (and who, by the way, might not have gone all-out for the new CPMC hospital) might have edged the Chamber back toward some sort of relevance.

But no: If Black gets the job, prepare for the Chamber to stick to its old ways, whine about everything the board does that’s even remotely progressive, issue report cards that nobody cares about — and waste its members dues. Great move.