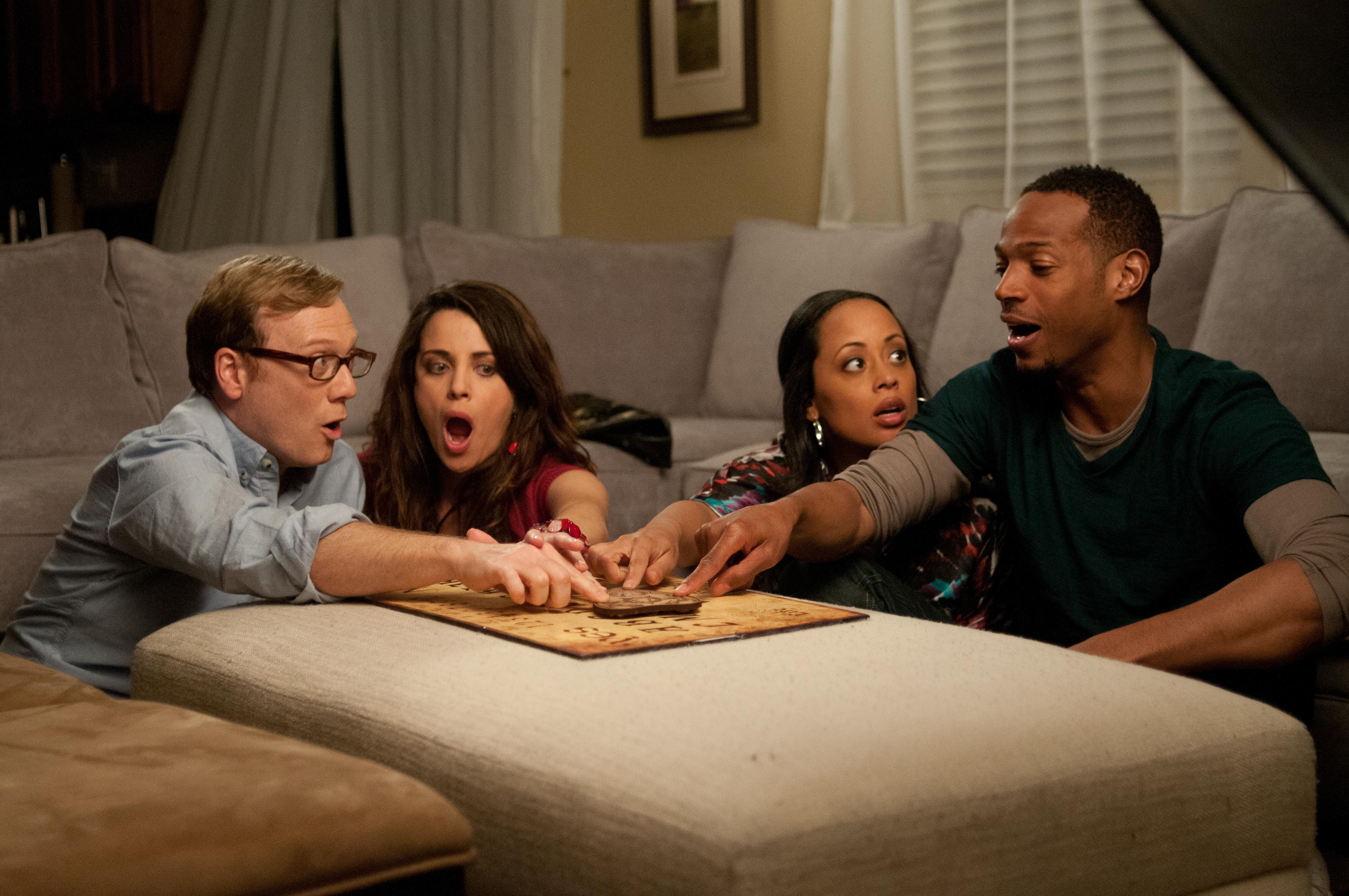 Well, they announced the Oscar nominations yesterday, and much-lauded import Amour is opening today (review below the jump), so if you’re curious about the hype and don’t mind having a downer of a Friday night … you’re set. Other films opening this week include the Robert Carlyle drama California Solo (Dennis Harvey’s review here), Marlon Wayans horror spoof A Haunted House, Ryan Gosling-in-a-fedora cop flick Gangster Squad, and (at the Roxie), teen-skater doc Only the Young.

Also! The Pacific Film Archive’s “The Hills Run Red: Italian Westerns, Leone, and Beyond” series starts this week. Plenty of good spaghetti western action to be had; check out my round-up here. Read on for more short takes on this week’s releases.

Amour Arriving in local theaters atop a tidal wave of critical hosannas, Amour now seeks to tempt popular acclaim — though actually liking this perfectly crafted, intensely depressing film (from Austrian director Michael Haneke) may be nigh impossible for most audience members. Eightysomething former music teachers Georges and Anne (the flawless Jean-Louis Trintignant and Emmanuelle Riva) are living out their days in their spacious Paris apartment, going to classical concerts and enjoying the comfort of their relationship. Early in the film, someone tries to break into their flat — and the rest of Amour unfolds with a series of invasions, with Anne’s declining health the most distressing, though there are also unwanted visits from the couple’s only daughter (an appropriately self-involved Isabelle Huppert), an inept nurse who disrespects Anne and curses out Georges, and even a rogue pigeon that wanders in more than once. As Anne fades into a hollow, twisted, babbling version of her former self, Georges also becomes hollow and twisted, taking care of her while grimly awaiting the inevitable. Of course, the movie’s called Amour, so there’s some tenderness involved. But if you seek heartwarming hope and last-act uplift, look anywhere but here. (2:07) (Cheryl Eddy)

Gangster Squad It’s 1949, and somewhere in the Hollywood hills, a man has been tied hand and foot to a pair of automobiles with the engines running. Coyotes pace in the background like patrons queuing up for a table at Flour + Water, and when dinner is served, the presentation isn’t very pretty. We’re barely five minutes into Ruben Fleischer’s Gangster Squad, and fair warning has been given of the bloodletting to come. None of it’s quite as visceral as the opening scene, but Fleischer (2009’s Zombieland) packs his tale of urban warfare with plenty of stylized slaughter to go along with the glamour shots of mob-run nightclubs, leggy pin-curled dames, and Ryan Gosling lounging at the bar cracking wise. At the center of all the gunplay and firebombing is what’s framed as a battle for the soul of Los Angeles, waged between transplanted Chicago mobster Mickey Cohen (Sean Penn) — who wields terms like “progress” and “manifest destiny” as a rationale for a continental turf war — and a police sergeant named John O’Mara (Josh Brolin), tasked with bringing down Cohen’s empire. The assignment requires working under cover so deep that only the police chief (Nick Nolte) and the handpicked members of O’Mara’s “gangster squad” — ncluding Gosling, a half-jaded charmer who poaches Cohen’s arm candy (Emma Stone) — know of its existence. This leaves plenty of room for improvisation, and the film pauses now and again to wonder about what happens when you pit brutal amorality against brutal morality, but it’s a rhetorical question, and no one shows much interest in it. Dragged down by talking points that someone clearly wanted wedged in (as well as by O’Mara’s ponderous voice-overs), the film does better when it abandons gravitas and refocuses on spinning its mythic tale of wilder times in the Golden State. (1:53) (Lynn Rapoport)

Only the Young First seen locally at the 2012 San Francisco International Film Festival, this documentary from Elizabeth Mims and Jason Tippet is styled like a narrative and often shot like a fine art photograph (or at least a particularly bitchin’ Instagram), with an unexpectedly groovy soundtrack. It follows a pair of high schoolers with ever-changing hairstyles in dried-up Santa Clarita, Calif. — a burg of abandoned mini-golf courses and squatter’s houses, and a place where the owner of the local skate shop seems equally obsessed with tacos and Jesus. It’s never clear where Garrison and Kevin fall on the religious spectrum — though “the church” has a looming importance, influencing relationships if not wardrobe choices — but one gets the feeling all they really care about is skateboarding, with their own friendship a close second. Less certain are Garrison’s feelings about punky, tough-yet-sweet gal pal Skye — especially when they begin spending time with new flames. Only the Young‘s seemingly random choice of subjects works to its advantage, capturing the kids’ unaffected, surprisingly honest point of view on subjects as varied as cars, dating, college, the economy, and Gandalf Halloween costumes. (1:10) Roxie. (Cheryl Eddy)