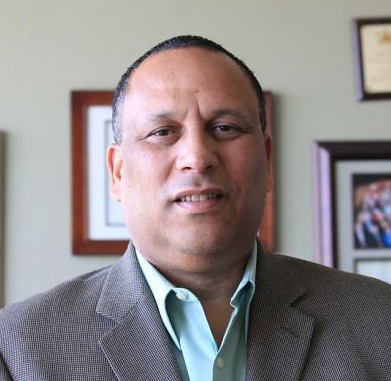 The federal government has declared the San Francisco Housing Authority a “troubled” agency and dispatched agents to review the agency’s finances and management failures.

The team of experts from the Department of Housing and Urban Development arrived Jan. 7 and has begun poring over the SFHA’s books.

The federal decision came in an October 31 letter to the city’s Housing Authority Board, with a copy to Mayor Ed Lee.

“The Board of Commissioners of the San Francisco Housing Authority should take immediate action to identify the sources of the performance deficiencies and develop and implement a plan to recover” at an “acceptable level of performance,” wrote HUD in its letter.

The troubled ranking is further bad news for Executive Director Henry Alvarez, who was hired in 2008 to help steady the agency’s management. He has since faced allegations of mistreatment and discrimination by some of his top staff, including the agency’s lawyer. He is the target of three lawsuits by his staff.

In addition to the “troubled” status for public housing, SFHA already faced stepped up monitoring if its Section 8 program that provides rental assistance for program participants in privately owned units. The agency scored zero points in its section 8 program because it failed to submit its report.

The score was a drop from score of 75 the prior year. The SFHA explains the change as new scoring criteria by HUD. The looming issue is the lack of effective management at the agency’s top level.

The arrival of a HUD team this week for a week-long examination of the Housing Authority will produce a plan for the agency to correct its management and financial practices with a set of deadlines and specific actions. Failure to implement the plan can bring new consequences with even tighter oversight.

“HUD is at SFHA offices starting today,” said Bill Ford, SFHA attorney speaking for the agency on Monday. “They are reviewing the situation related to the Troubled status. That’s why they are here. They will help develop a plan to pull the agency out of Troubled status.”

The agency had managed to stay off the troubled list — a designation for those scoring under 60 out of 100 points–for the previous two years. A troubled status can make San Francisco ineligible to compete for special funding beyond what it receives by formula.

HUD scoring lags by several months after the agency’s year-end as local officials and federal officials go through appeals and responses before settling on a final outcome. The current troubled status is for the SFHA year that ended September 30, 2011.

SFHA scores for the year ending September 30, 2012 are tentatively estimated also to be in the troubled category or possibly a point or two higher to earn it a “substandard” ranking. Those results are expected shortly to be followed by additional appeals and reviews.

Some one out of 10 San Francisco households receive some form of federal housing aid, not including those who benefit from lower mortgage interest rates under FHA and other federal homeownership mortgage programs.

SFHA earned high marks in the credit market for its HOPESF program that aims to replace decrepit public housing and expand the number if units. That process involves to outside managers to develop and operate and does not rely on SFHA management.