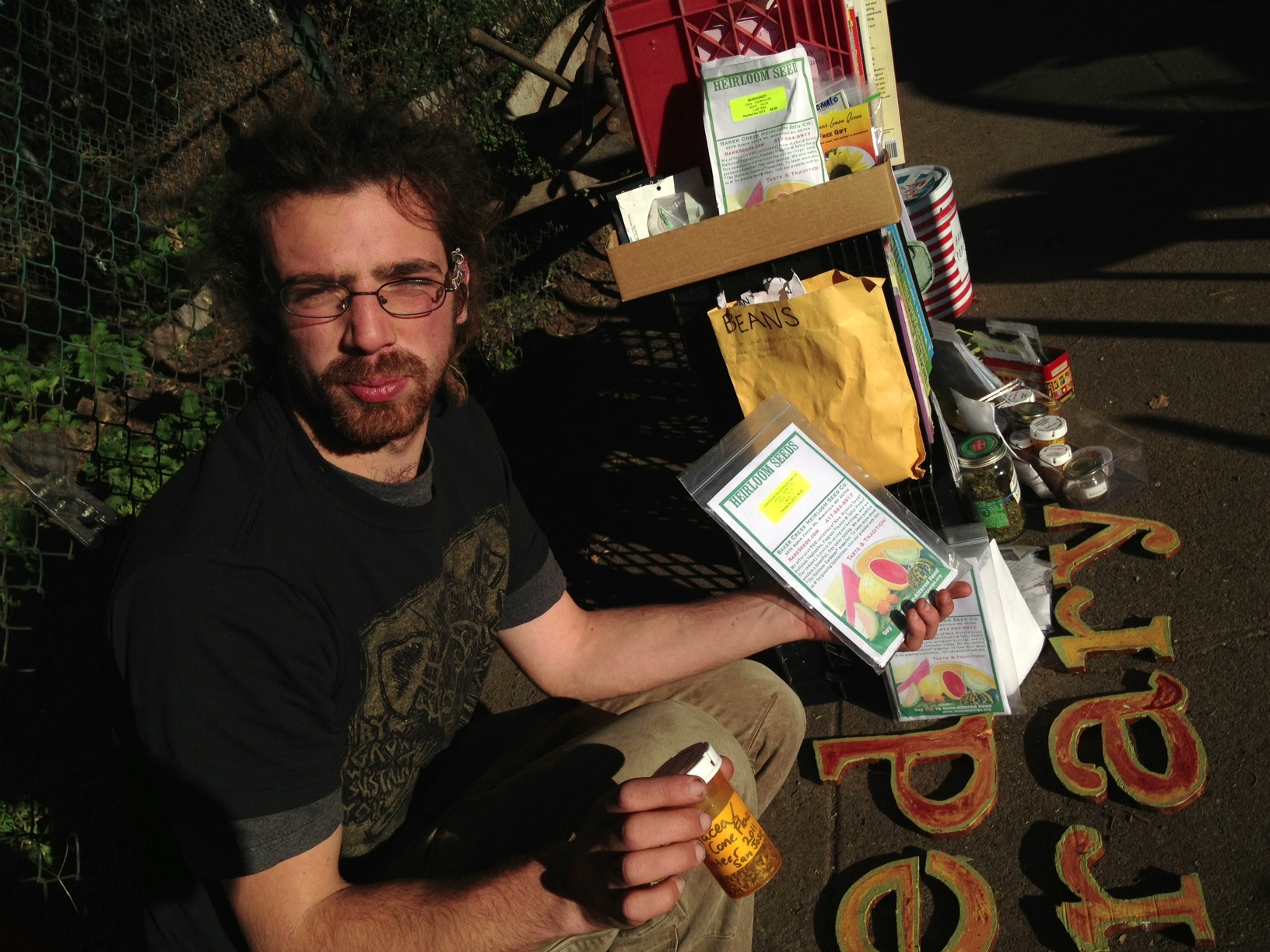 About 20 activist gardeners were thrown out of the old Haight Ashbury Neighborhood Council (HANC) Recycling Center space today, when Sheriff’s Department deputies and four park rangers surrounded the old HANC site and ordered them to leave.

It’s the second eviction on the same site this winter, as the recycling center that has been there for over 30 years before being ousted by city officials responding to neighborhood complaints about low-income recyclers. HANC was initially evicted on Dec. 27. In the wake of its closure, about 20 or so renegade gardeners set up a campground with their own urban gardening center in the space — with free seeds, soil, mulch and borrowable gardening tools for the community.

The gardeners, wrapped in sleeping bags and inside tents, had a rude awakening this morning around 6am. At least 30 members of the Sheriff’s Department, led by Sheriff Ross Mirkarimi, announced that they were trespassing and had five minutes to leave.

“It was right at sun-up, and I was in my sleeping bag,” said Joash Bekele, a 28 year old environmental activist. “We thought they were coming [yesterday], we were up all night — worrying that they’d come.”

They didn’t have long to gather their gear, and a lot of their tools were left in the now locked HANC site, said Ryan Rising, one of the key organizers of the group. Most importantly, they lost their newly built miniature greenhouse, which they constructed themselves.

“A lot of this is about food justice,” Rising said. It’s a better alternative to the community garden that the Recreation and Parks Department (RPD) plans to build in the space, he said, because it would encourage community input in everything they do.

“It would be a neighborhood space,” he said.

RPD officials did not respond to emails before press time (UPDATED BELOW).

The group is now out on the sidewalk beside HANC, on Frederick Street. Along the fence of the old recycling center sits bags of soil and mulch, books on gardening, and a sign that reads “Welcome to the Golden Gate Recology Center.”

The now-evicted gardeners answered questions about gardening from passers by, and offered tips on sustainable cooking and gardening to anyone who happens by with a question.

The group of “renegade gardeners” are meeting tonight to discuss their next plan of action, which may include staying on the sidewalk outside HANC, or finding a new space altogether, Rising said.

The Sheriffs Department didn’t reach us by press time for comment (UPDATED BELOW), nor did Mirkarimi. A park ranger at the site, William Ramil, said that the eviction was a peaceful, orderly one.

As Ramil described the scene, we stood outside the locked gate to HANC. Three cars pulled up, a Lexus, a Saturn, and a Honda Hybrid, all customers looking for the recycling center.

Andrew Herwitz, behind the wheel of the Saturn, was surprised to see HANC closed. “Having places that are community-run are so important,” he said.

He said he was heading to the Safeway on Market Street with his recycling now, begrudgingly.

UPDATE 1/7: Sheriff’s Department spokesperson Kathy Gorwood disputed reports that there were about 30 deputies at the scene, but confirmed that the evictions were peaceful and with no arrests made, declining further comment. RPD spokesperson Sarah Ballard told us, “The Department is pleased to be moving forward with the neighborhood-supported plan for a community garden at the site.”