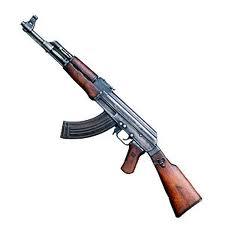 Thousands of children die for corporate profits, war profits, and prison industrial profits every year in this country. Dead because gun violence is glorified and the sale of guns make some people rich, because parents are tired and don’t have the energy to fight with their kids to turn off the video games, because video games, un-conscious rap, Hollywood movies and corporate news with people killing each other make death look like entertainment — and with each sale make more profits for tech corporations in Silicon Valley run by the new technological colonizers. Because guns are exciting, especially when you have little else to be excited about.

So shouldn’t the grief for all of our children be the same? Shouldn’t our actions to stop the rise in death by gun violence everywhere be equally urgent and comprehensive?

The president shed tears in a prime-time speech for the 20 white middle-class children from Connecticut. But what about crying for babies killed by drive-by shooters, youth killed by police, and hundreds of teenage workers from China who react to mercury poison and throw themselves out the window while US tech companies make billions in profit? Why aren’t thousands of people shedding tears and sorrow and sympathy for the children in Gaza who die everyday?

In the bizarre naming of poverty positions there is a terrifying concept called the deserving vs undeserving poor rooted in the US crums (welfare) policies that were originally set up for white widows of World War II veterans in the 1930s and 1940s. Due to overt and systemic white supremacist institutional values that undergird everything in the US from its stolen beginnings to now, these white, hetero-normative women were viewed as the deserving poor, or “legitimate” poor people, who had come upon bad times from no “fault” of their own and therefore were deserving of our aid and our sympathy. In contrast, indigenous sisters, sisters of color in diaspora, or divorced, poor or unmarried women were viewed as aberrant, pathological or “lazy,” who had inherently done something to “deserve” their poverty and therefore deserved none of the US crums, only criminalization, incarceration or disgust.

I think we have come to a time, with the meteoric rise in death by gun violence of so many of us of all ages, colors, cultures and regions of the country, where we now have the deserving vs undeserving dead. How about little baby Hiram, 1 year old, who died because he happened to be in the line of fire from a passing car in Oakland? Or Ayana Jones, a 7-year-young innocent baby shot when Detroit police stormed their home with assault rifles to “find a suspect.” Or Derrik Gaines, a young disabled man who was killed by Daly City police? Or the countless children killed in Afghanistan, Palestine, Iraq or Libya by colonizing empire armies attempting to steal more indigenous resources for the ever-hungry jaws of capitalism? Did they deserve to die because someone calls their innocent bodies “collateral damage?”

What about all of our poor children of color — sorted, separated, tested, and arrested out of schools — who roam the streets with no jobs, no hope and endless violent images pumped into their heads from corporate media lies and mythologies in the holding tanks called our ghettoized neighborhoods, pick up guns and shoot each other for something to do until the police arrive to place them into the plantation prisons that await their profitable arrival? Do they deserve to die?

There are many reasons why children and adults are killing each other. My Black Indian Mama Dee used to say, white supremacy and capitalism isn’t good for any human, even white people. People have talked about the proliferation and glorification of guns to all young people through mass media, as well as the deep wounds of the cult of independence on a human’s psyche, not to mention the gutting by Republicrats of the mental health system. But one of the deepest ones that I see is the factory schools themselves, the separation of youth from elders’ wisdom and the ways that our children no longer even vaguely understand the respecting, honoring, and neccessary reverance of their elders.

Om this society, we are taught how to ghetto-ize and separate our elders from our children in as many ways as possible. This separation and lack of reverence is valued in capitalism as it sets up more products and capital to trade on. I pray and send love and strength to these families and little ancestors to help their still living families decolonize from this myth of separation and capital-inspired death so their may be healing for them.

From this moment and so many more like it, I am drawn to believe that when people like me and my mixed race family in poverty die, we deserve to. My hope and vision is that with this moment of so much sorrow for the families in Connecticut, perhaps the oddly democratizing impact of death will free us all from the unspoken but clearly existent concept that some of us deserve to die and awaken us all to the real-ness that none of us do.