Home Was it a great year?
WriterTim Redmond
SectionPolitics Blog 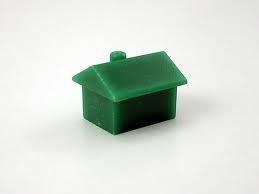 At noon Dec. 19, a group of about 50 housing activists led by the Housing Rights Committee gathered at 18th and Castro, next to the giant Shopping Season Tree, to discuss the wave of evictions tenants are facing at the end of 2012. Tommi Avicolli Mecca held up a list of 26 buildings that are currently being clear of tenants under the Ellis Act, a state law that allows landlords to evict all their tenants and sell the property as a single-family home or tenancies in common. With him was a long line of tenants who are facing holiday homelessness thanks to landlord greed.

“There are too many tenants being evicted to fit in front of the tree,” he said.

We heard story after story: A man living with AIDS facing the loss of his home after 17 years. A family being forced out after 18 years. Seniors, kids, disabled people … all of them almost certainly displaced from San Francisco.

“San Francisco is becoming a city of the rich, and we are being pushed aside,” said Lisa Thornton, who works at Rainbow Grocery and is losing her home.

“This,” Mecca said, “is an epidemic of evictions.”

And we all know why: As the second tech boom roars in to San Francisco, high-paid young workers are able to afford to buy TICs or single-family homes, and long-term rent-control-protected tenants simply can’t compete. It’s not a pretty pciture.

So I almost barfed when I say Randy Shaw’s glowing paen to Mayor Ed Lee. “San Francisco had one of its greatest years in 2012, as the city’s job growth and vibrancy outpaced nearly everywhere else,” he wrote.

Oh, gee, he says, there are some problems:

Few want San Francisco to become a city where only the rich and subsidized poor can live. But these same fears were felt in the 1980’s. When I was moving to San Francisco in 1979, the lines for vacant apartments were just as long and the competition for vacant units as fierce as what we read about in 2012. We couldn’t believe we had to pay $375 for a Mission one bedroom apartment, a rate that is less than half the cost of an SRO room without private bathroom today. San Francisco has long been an expensive city that keeps getting pricier.

So what — because we were worried about displacement in the 1980s means we shouldn’t be worried today? Those worries were real — gentrification of San Francisco neighborhoods has been rampant for decades. It’s changed the city, for the worse.

In the 1980s, Shaw was part of a broad coalition that fought to get rent control laws and eviction protections and limits on condo conversions. Now he’s acting as if none of that was worth the fight, as if protecting affordable housing wasn’t, and isn’t, the most critical issue in the city today.

A great year? Fantastic vibrancy and job growth? Not if you’re one of the growing numbers of people who are losing their homes to Ed Lee’s vision of economic development.