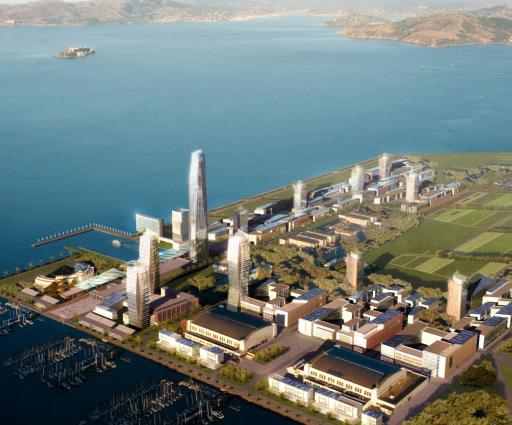 The model is pretty well established, and has proven exceptionally lucrative  for big US corporations like Bechtel and big US banks — and has been an utter disaster for dozens of developing countries: US banks loan money to countries that need infrastructure development — and that money comes right back to US corporations that charge phenomenal prices to build roads, dams, mining operations, whatever, with a nice cut off the top to whatever powerful people need to be bribed (all tax-deductable, of course). And the country that could never afford the loan to begin with impoverishes its people paying the note.

That’s how economic development worked for decades, with the International Monetary Fund and the World Bank leading the way.

Now the world has flipped — and the Chinese national development bank is loaning the money for a project in San Francisco, that will be constructed by China’s equivalent of Bechtel.

Yes, the Chinese Railway Construction Co. will have to adhere to San Francisco’s local-hire law and some of the construction jobs will go to San Franciscans. Obviously, the company will be under immense pressure to hire union workers and pay unions scale. But the profits will go right out of the country — and I bet the contractor will try to pre-fab as much as possible in China, where labor costs are far lower, and use Chinese nationals at deflated wages for as much of the construction as legally allowable.

What does all of this say? On a macro level, it says that the US is slipping as an economic power, which is no big news. But it also suggests that the Treasure Island and Bayview Hutners Point development projects are screwed up enough (and Lennar Corp. is screwed up enough) that no US lending institution wants anything to do with them. The only way these projects work for an investor is if the money comes right back as profits from a builder with close ties to the investor.

Doesn’t give you a whole lot of confidence.