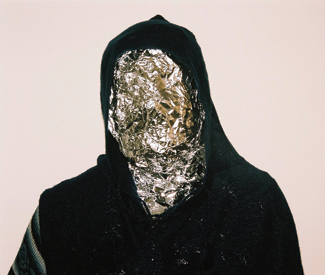 SUPER EGO Look, if I was doing my job properly, there’s no way in Hello Kitty I’d remember what happened on the club scene the past year. It’s all fuzzy shapes and drunk colors, like Barbara Bush in a bathhouse. Last February, it took me two whole pages of tiny type just to list my favorite weekly clubs, so I’m not gonna go into all that here. (I will say that parties like Housepitality, Honey Soundsystem, Lights Down Low, Icee Hot, Dub Mission, Non-Stop Bhangra, No Way Back, As You Like It, Forward, Deep, Base, and Sunset continued to introduce us to incredible DJs. And wasn’t there someone from Detroit here, like, every week?) Here are some things, however, I do recall

Loudest: Body and Soul at Mighty — my ears rang for a week, my feet for three.

Coolest: Marco De La Vega, cross-genre promoter of the year, watching from the DJ booth as a kick-ass $3000 light falls on a table’s-worth of Balam Acab and Andy Stott’s live electronic equipment at Public Works. Then finishing his cocktail before handling the ensuing panic.

Trippiest: Those immersive projections at Public Works, which turned Laurent Garnier’s live show into a cartoon-heart-filled rave aquarium and Jeff Mills’ into a star-map vortex.

Cutest: The tiny flashing lights on the ceiling of the remodeled, excellent 222 Hyde.

Latest: We got a trap club (Trap City), a new wave of cyber-horror drag performance artists (at Some Thing, Dark Room, High Fantasy), a packed gay sports bar (Hi Tops), a great-sounding new club (Monarch), a lunchtime dance party (Beats for Lunch, also at Monarch), an outbreak of vogueing (everywhere), a queer nu-hip-hop club (Swagger Like Us), a queer funk classics party (Love Will Fix It), and a weird “sparkling alcohol water” (Air). But we lost Club Six, which I loved. Also I think dubstep died.

Loveliest: Dancing in a church with 30 other people to hip-house legend Tyree Cooper, singing along to “Turn Up the Bass.” Watching real house parties like The People blow up in the East Bay. Sipping homemade sljivovica behind the decks with DJ Zeljko of Kafana Balkan. Doing the jerk ’til I melted at Hard French. DJing (eek!) Club Isis classics on vinyl at Go Bang. I think I almost made out with Kenny Dope at Red Bull Music Academy? Oh, and running into you.

1. Todd Terje, “Inspector Norse” This was a dance music year that sometimes seemed to vacillate among three primary moods — prim sophistication, moneyed “indulgence,” and too-broad jokes. But Norwegian Terje dared proffer the sweetest humor in this instant earworm’s worth of re-engineered nostalgia, embracing the cheery electronic toodles of early ’80s British and Scandinavian TV show themes (cf. especially “Grange Hill” and “Swap Shop,” though not “Inspector Morse”) and bringing smiles back to the dance floor.

2. John Talabot, FACT Mix 315 A spectacular year for the Spaniard, whose expansive take on the decades-old Balearic sound already had him pegged for a 2012 favorite, even before he dropped excellent album Fin, which toyed with melancholic UK bass sounds and yielded my second favorite tune of the year, hopelessly romantic “So Will Be Now” with Pional. But this mix for FACT showed that the dark underpinnings of witchy house and the sunstroked uplift of Ibiza could be reconciled via a tingly rush of subtle, brilliant psychedelia. Trippy, lovely, and the right little bit of creepy.

3. Plan B, “Ill Manors” I detested The Prodigy the first time around — they were goofy twats who had nothing to be angry about. No surprise “Firestarter” was played for the Queen at this year’s Olympics opening ceremony. So much for anarchy in the UK, although Azaelia Banks mashing it up with “212” at Coachella was fun. UK rapper-singer Plan B managed to weld the Prodigy (and nascent drum and bass) revival to the real world anarchic energy of last year’s UK riots, his Tchaikovsky-sampling tune shivering with council flat rage, ambivalent violence, Olympic protest, and youthful nihilism. Watch his self-directed, horrifically poignant shoestring video, then laugh at the Grammys as accolades rain down on Romain Gavras’ extravagant ripoff for “No Church in the Wild.”

5. Justin Martin, Crackcast 019 For all the diversity of the local scene, the Dirtybird crew is still our major player on the global dance music stage. (Of our three big breakout acts this year, Safeword is rad, Poolside is cute, Pillow Talk leaves me cold so far.) Fine, I adore them. Nobody else sounds like they’re having more fun while slyly executing tricky, emotionally satisfying bass maneuvers like Claude VonStroke and his stable. This year was stellar for the fiendishly clever Justin in terms of addictive mixes (his album “Ghettos and Gardens” was good, too, but I took issue with the insensitive tone of some of the promotional materials). This podcast, along with his Fabric and Clash ones, never left my iRotation.