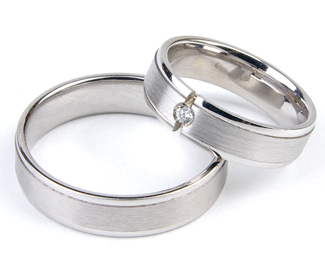 In June, 2006, the august and powerful Association of Alternative Newsweeklies held its convention in Little Rock, Arkansas — and to the surprise of most of us, former President Bill Clinton agreed to come and speak. He even took questions.

“Mr. President,” I said, “when Lyndon Johnson signed the Civil Rights Act, he knew it would cost his party votes in the South. But he did it anyway, because it was the right thing to do. Same-sex marriage is a civil-rights issue; why can’t Democrats like you stand up and support it?”

He ducked brilliantly, telling us all the great things he did for gay people (I know, Jim Hormel, ambassador to Luxembourg). He never answered the question.

That was how much of the Democratic Party leadership was acting in the days (and years) after Gavin Newsom set off a political bombshell in 2004 by legalizing same-sex marriage in San Francisco. Newsom got calls from a wide range of liberal party leaders begging him to reconsider. Even San Francisco Dems made statements that, in retrospect, are mortifying.

So as we prepare for the Supreme Court to decide if it’s on the right side of history, let us take a moment to reflect on all the Democrats who weren’t.

Leading the list is Sen. Dianne Feinstein, who now supports marriage equality but at the time proclaimed that it was “too much, too fast, too soon.” (In other words, just be patient, little gay ones, your time will come. Eventually.)

Even Rep. Barney Frank, the first openly gay member of Congress, said Newsom had broken the law and would only “feed the flames of fear.”

Rep. Nancy Pelosi for the first weeks of the city gay marriage celebrations stayed far, far away from the issue, although (after she realized how immensely popular the move was in her district) she broke down in late March 2004 and said she approved of Newsom’s actions.

Sen. John Kerry, during the 2004 presidential campaign, not only proclaimed that only a man and a woman could get married but said he would support state legislation banning same-sex nuptials. He didn’t publicly change his mind until 2011.

Barack Obama, as a candidate for president, never endorsed same-sex marriage and, according to some accounts, refused to have his picture taken with Newsom at a 2004 fundraiser in SF. In fact, during the 2008 Democratic primary, none of the major candidates endorsed same-sex marriage. Some of the commentary was laughable — then-Gov. Arnold Schwarzenegger proclaimed that “gay marriage is between a man and a woman,” and the Hartford Courant denounced Newsom for “turning City Hall into a wedding mill for homosexuals.” Chronicle columnist Debra Saunders, who said she supported same-sex marriage, said the mayor’s “lawlessness” was “just unbelievable.” But on a more sober note, there were, in February, 2004, exactly zero major national Democratic Party officials who came to Newsom’s support. Most of them ran for cover. And when the US Supreme Court decides, as it must, that marriage is a civil right for all, they’ll have a lot of explaining to do.