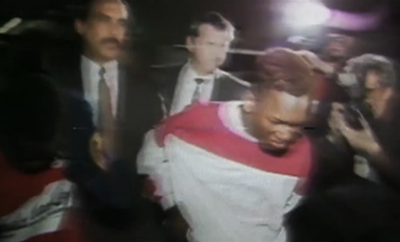 FILM Early last week, the Academy of Motion Picture Arts and Sciences announced the 15-film shortlist from which the five Best Documentary nominees will be culled. There are some strong contenders — including The Waiting Room, set at Oakland’s Highland Hospital — but two of 2012’s highest-profile docs were oddly absent: Amy Berg’s West of Memphis (which opens locally Feb. 8) and Ken Burns’ The Central Park Five, which opens Friday. It might be ironic that both films are about injustice.

The exclusion of Memphis could simply be due to thematic fatigue. No amount of producer Peter Jackson’s Middle-earth millions could massage away the fact that 2011’s Paradise Lost 3: Purgatory — the final entry in Joe Berlinger and Bruce Sinofsky’s series of West Memphis Three docs going back to 1996 — was nominated, and lost to a feel-good flick about high school football. (Atom Egoyan’s narrative film based on the case is due in 2013.) The only chance for a WM3 doc to win an Oscar, it seems, will be if the real killers are ever discovered — in which case, place your bets on which movie will be made first: Paradise Lost 4 or West of Memphis 2.

The case at the heart of The Central Park Five is different from the West Memphis ordeal in several notable ways: it was a rape and beating, not a triple murder; there were five teens convicted of the crime, not three; instead of “Satanic Panic,” it had racial overtones (the victim was white; the accused were African American and Latino) inflamed by NYC’s screaming-headline press; and no celebrities bothered to take up the Central Park Five’s cause, unless you count veteran documentarian Ken Burns (who co-directed with his daughter, Sarah Burns, and David McMahon, Sarah’s husband). Also, the real rapist has been found — his confession, corroborated by DNA evidence, is played at the beginning of the film — though he came forward after most of the accused had finished serving their time.

The filmmakers do well to contextualize the case, using news footage and interviews to reconstruct the mood of 1989 New York City. It hardly resembled its glittering present incarnation: there was a crack epidemic, rampant street crime, and an average of six murders a day. Even still, the Central Park jogger attack was sensational enough to spark intense, racially-biased media coverage; the fact that Antron McCray, Kevin Richardson, Raymond Santana, Korey Wise, and Yusef Salaam had confessed to the crime just exacerbated the public hysteria.

But as The Central Park Five makes clear, those confessions were coerced from scared young men who’d already been interrogated for several hours. As the accused recall in present-day interviews, they all had been in the park that night, as part of a larger group whose misdeeds included rock-throwing and harassing passers-by. There was no physical evidence tying them to the jogger (who had no memory of being brutalized), and the timeline of her assault and their movements in the park didn’t quite line up. But “the confessions seemed genuine,” remembers a juror. “It was hard to understand why anyone would make that kind of thing up.”

None of the NYC police or prosecutors involved in the case are interviewed in The Central Park Five. Two reasons: an ongoing civil rights lawsuit filed by the wrongfully convicted men (which now involves the filmmakers — in September, they were subpoenaed for footage of the accused discussing their confessions); and really, who wants to go on record admitting that they failed, and ruined multiple lives as a result? Unlike the WM3, the Central Park Five’s “innocence never got the attention that their guilt did,” historian Craig Steven Wilder points out. Academy Award nomination or not, The Central Park Five may help change that.

Like the injustice doc, another late 2012 trend is the presidential biopic. Weeks after the release of Lincoln, Hyde Park on Hudson arrives with a lighthearted (-ish) take on Franklin D. Roosevelt’s 1939 meeting with King George VI (of stuttering fame) and Queen Elizabeth at FDR’s rural New York estate. Casting Bill Murray as FDR is Hyde Park‘s main attraction, though Olivia Williams makes for a surprisingly effective Eleanor.

But the thrust of the film concerns FDR’s relationship with his cousin, Daisy — played by Laura Linney, who’s relegated to a series of dowdy outfits, pouting reaction shots, and far too many voice-overs. The affair has zero heat, and the film is disappointingly shallow — how many times can one be urged to giggle at someone saying “Hot dogs!” in an English accent? — not to mention a waste of a perfectly fine Bill Murray performance. As that sideburned Democrat bellows in Lincoln, “Howwww dare you!” *