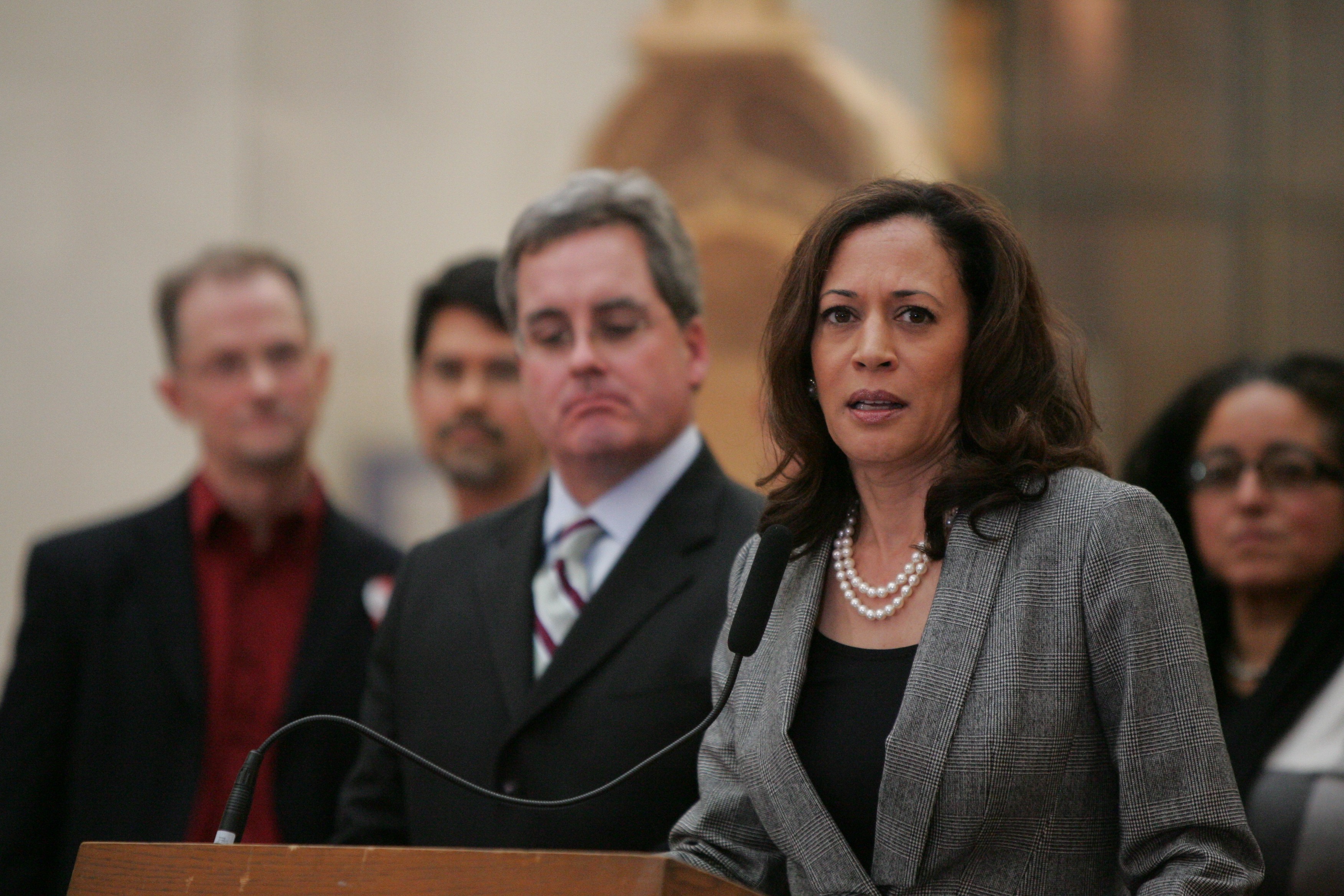 City Attorney Dennis Herrera, Deputy City Attorney Theresa Stewart, California Attorney General Kamala Harris, and other officials who held a press conference at City Hall today admitted they were disappointed that the US Supreme Court has decided to review the Ninth Circuit Court ruling that Proposition 8, the 2008 measure banning same-sex marriage in California, was unconstitutional.

“But we can’t let that obscure the tremendous progress that we’ve made in California on marriage equality,” said Herrera, who has been at the center of a struggle that began in 2004 when then-Mayor Gavin Newsom decided the city should begin unilaterally issuing marriage licenses to same-sex couples, in defiance of state and federal law.

“I’d be lying if I didn’t say I was a little disappointed,” said Stewart, who has been the city’s main litigator on the issue as it moved through court injunctions blocking marriages by the city, the California Supreme Court ruling the ban on same-sex marriage violated the state constitution, the vote amending the constitution through Prop. 8, and the Ninth Circuit ruling Prop. 8 violated federal equal protection standards.

Herrera and Stewart both expressed confidence that the Prop. 8 case that the Supreme Court will review, Perry v. Brown, was put together in a solid, meticulous way that will make it difficult for the US Supreme Court to disagree with the Ninth Circuit conclusion. “We worked really hard to put in the best possible case,” Stewart said, while Herrera said, “I can think of no better case to take up than this case…The confidence level of all of us is high.”

They also expressed hopes that the strategy of lead attorney Theodore Olsen to make broad arguments that any legal distinctions denying rights to homosexuals are unconstitutional – as opposed to the city’s more narrow approach that Prop. 8 doesn’t pass legal muster, which Herrera called “complementary” to Olsen’s approach – would be successful in making this case a definitive civil rights victory.

“Are we a country that is true to its word and true to its spirit, or not?” is how Harris framed the question, focusing on the basic equal protection argument and the need to “stand for the principle that we are equal and we will be treated that way.”

She and others called this “the civil rights struggle of our time,” and they pledged to win this issue now, no matter what. “I am optimistic that we’re going to win at the Supreme Court,” Sup. Scott Wiener said, pledging to win the right to marry at the ballot box even if the court doesn’t affirm that right. “We’re going to win this fight one way or another.”

Sup. David Campos, who is also gay, agreed that same-sex marriage will again be legal in California and “the question is whether the Supreme Court chooses to be on the right side or history or the wrong side of history.”