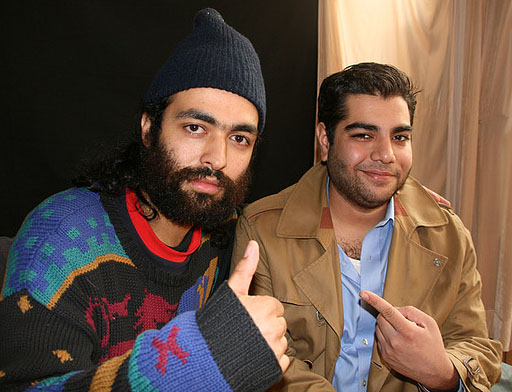 Any time a band breaks up, the beef rumors immediately start to swirl. Throw in Twitter and Facebook, and that rumor tornado can spin quickly out of control – as it did within minutes thanks to the #dasracistbreakup hashtag this past weekend when rapper Heems, on a drunken whim, announced the group’s break up during a show in Berlin.

Interestingly,  Das Racist had actually broken up back in September, which means Victor Vazquez aka KOOL A.D. wasn’t actually a part of Das Racist when I interviewed him right before the group’s show at the DNA lounge in October. I should probably go back and correct that.

As for the beef rumors, I don’t mean to disappoint, but when I contacted Vazquez he reassured me that nothing of that sort exists among him, Heems, and/or hypeman Dapwell. It seems the the break-up was a professional parting of ways and will go probably go down as one of the least dramatic endings in the history of hip-hop.

However, this certainly does not mean KOOL A.D. is done with the rap game. During these past couple months when he wasn’t doing Das Racist shows, Vazquez has been a complete studio denizen, working on a new mixtape with Seattle rapper and former Das Racist collaborator Kassa Overall called Peaceful Solutions which will be released early next year.

He also has three other albums in the works, all tentatively titled after AC transit buses just like his mixtape 51. And he co-wrote and executive-produced an EP for local post-poppers Cult Days. Can’t stop, won’t stop.

In addition, Vazquez also plans to return to his punk roots too. He’s reuniting with his old hardcore group Party Animal, for which he plays drums, for a new record that should come out sometime in 2013.

AC transit riders should keep an eye out for Vazquez because he plans to be here for another month. After that, he’ll be heading back to New York for a bit. Then what? Vazquez says, “I don’t know.”