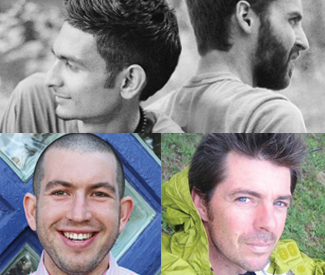 Dan Rosen, the co-founder of Solar Mosaic, told us there was an ironic note to the devastation that Hurricane Sandy recently brought to New York City. The same power grid that helps create such fierce hurricanes through the burning of fossil fuels was unable to distribute power to thousands of homes, in mostly low-income neighborhoods, for weeks in the wake of storm.

Sandy brought to the forefront a huge energy challenge: how to move over to renewable energy fast enough to avoid catastrophic climate change and the killer storms in generates, build more efficient and reliable grids, and ensure that everyone can equitably participate in the new renewable energy economy. Bay Area energy entrepreneurs such as Rosen are working on innovative energy models that address those issues.

So far, the solar debate has mostly been between proponents of personal solar projects such as residential rooftop installations, also known as distributed generation, and those who back industrial-scale projects in far away plains and deserts.

But Rosen and other entrepreneurs are championing a middle route: They propose vastly increasing the prevalence of large solar power arrays and other renewable power plants close to where the energy is consumed, and opening up creative new ways for more people to buy into those projects.

This kind of approach to energy has the potential to democratize power production, avoid costly and environmentally unsound transmissions lines, and prevent utilities from monopolizing renewable energy.

One of the barriers to the proliferation of solar is the relatively high upfront cost of purchasing and installing the panels. But with the rising costs of fossil fuel and the government incentives around renewable energy, investments in solar infrastructure can pay off big.

Bloomberg New Energy Finance crunched the numbers and according to a report that came out in June, large solar projects may soon pay a 5-9 percent return on investment. Big financial institutions and other corporate players have taken note of these figures and potential for profit they represent.

For example, Google has invested almost $1 billion in renewable energy that it plans to sell into the grid, including opening a $75 million fund for residential rooftop solar this past September. The problem is that big lenders are only looking for large-scale solar deals in order to cover their costs.

Enter Rosen and Solar Mosaic, who are coming up with a way to harness the power of crowds to fund the local and decentralized projects that big financial institutions tend to overlook. Solar Mosaic specializes in raising seed capital for solar projects by collecting many small investments into one pool.

That idea won Solar Mosaic a $2 million grant from the Department of Energy’s SunShot Initiative, and attracted $3.5 million in venture capital.

“Our job — not just as Mosaic, but as society — is to make sure that the next energy economy has participation and ownership from millions of people and communities around the world,” Rosen said. “Crowd funding is really the beginning of a broader movement to democratize and distribute capital — enabling people to invest in projects they otherwise wouldn’t have had access to.”

This vision proved itself initially with a successful Kickstarter-like crowd funding platform that facilitated the development of five solar projects with the participation of more than 400 small investors and over $350,000 raised. The money went to fund solar panel installations on the roofs of community organizations in California and Arizona, including People’s Grocery in Oakland.

But there’s a catch. As the law currently stands, Solar Mosaic, or any company engaged in crowd funding, cannot offer any interest on the money invested by small online contributors. Since there is only a limited pool of people who believe in an energy revolution enough to shell out money for free, these examples are not entirely replicable. “We chose to start with those ones because they have very strong constituencies and we were using more a philanthropic model,” Rosen said.

The new model the company is developing is “getting people who are not necessarily just environmentalists invested in the clean energy economy,” Rosen said. “I want people who are like, ‘Oh, cool, I can make [a decent return] if I invest in this,’ and that gets more stakeholders than Sierra Club members. Let’s have millions of stakeholders with skin in the game.”

So how to move forward? The controversial federal Jumpstart Our Business Startups (JOBS) Act passed in April by Congress included a much-trumpeted crowd funding provision. The bill charged the Securities and Exchange Commission with the responsibility of putting meat on the legislation’s skeleton.

The SEC has until the Dec. 31 deadline to come up a set of rules allowing start-ups to gather small investments from ordinary people online while still offering provisions to protect the public from fraud. Many are skeptical that the SEC will complete the rule-writing process by the end of year.

Impatient to wait for the SEC and unsure whether the provisions will be practical for their purposes, Solar Mosaic is following a different path. It is using the funds raised already to pay for a lengthy and expensive filing with the SEC to upgrade its financial status.

Rosen said he couldn’t discuss details, but he said the new status should grant Solar Mosaic some leeway on offering financial returns to a wider variety of investors.

ENERGY IN THE CLOUD

Investment opportunities in local solar projects may be a good way to get people financially involved in clean energy but what about Californians who simply wish to purchase renewable energy for their homes or business?

California leads the country in rooftop solar installation, much to the credit of two programs: rebates that offset the cost of the panels through the California Solar Initiative and a program that allows those who own a rooftop with solar panels to offset their utility bills with credit from the energy they produce. California Public Utilities Commission statistics indicate these programs are largely responsible for some 1,379 megawatts of solar that have been installed in California at 131,874 different sites; about as much energy as one large nuclear reactor.

There has been record growth in adoption of solar by homeowners in the past two years, according to the CPUC, including a 364 percent jump in low income areas in since 2007. Yet that’s a far shot from the goal of 12,000 megawatts of local clean energy by 2020 called for by Gov. Jerry Brown in July.

Californians who do not have savings or a high credit score or who have shaded roofs usually can’t participate in the state’s renewable energy programs. But the most significant obstacle to increased participation is that only homeowners are eligible, while renters must contend with whatever power they can get from their utility. In a city like San Francisco, where almost two-third of residents rents, that is the overwhelming majority of citizens.

One solution that would circumvent the property-owning restrictions is allowing people to subscribe to solar gardens and other renewable energy facilities in their area and receive the same credit on their utility bill for their share of energy delivered to the grid. Decoupling where energy is made from who is able to buy it “allows everyone to participate, it makes it so it doesn’t matter if you are rich or poor, the only thing that matters that you have a utility bill,” said Tom Price of CleanPath, a solar project investment firm.

California Senate Bill 843, introduced by Sen. Lois Wolk (D-Davis) and coauthored by Price, attempted to create the legal framework for this kind of virtual transaction. Over the summer, it died in the Assembly Committee on Utilities and Commerce as result of late session lobbying by Pacific Gas & Electric and Southern California Edison. Notably, the state’s other largest utility, San Diego Gas and Electric, supported SB843. Also supporting the bill was a wide and diverse coalition ranging from the US Department of Defense to the Ella Baker Center for Human Rights. Wolk plans to reintroduce SB843 in the next legislative session.

Price and other supporters see the bill’s eventual passage as inevitability: “In an age when so many transaction are virtual [and] we can put so many parts of our lives in the cloud, why can’t we put energy in the cloud and let people virtually subscribe to it? From the grid’s perspective, there is no difference.”

Democratizing the green energy industry is about allowing everyone to participate easily, but it is also about empowering those who are typically left out of the conversation.

Low-income and marginalized communities are often the ones most impacted by the environmental and health effects of burning fossils fuels. As the green energy revolution expands, those same communities will potentially be last in line to benefit from or exert influence over the transformation.

Considering that solar can be small scale and still financially sound in the long term, “there is an opportunity to rebuild the energy infrastructure…from the grassroots,” said Shiva Patel who co-founded Energy Solidarity Cooperative. Patel and his partner Dave Ron want to set up multi-stakeholder cooperatives that promote ownership and decision-making by consumers.

In a low-income neighborhood, residents are most likely tenants with little leverage and no eligibility for California’s renewable energy incentives. The cooperative model suggests residents can pool space, financial resources, and labor to become players in small-scale power production.

Normally, consumers considered downstream along the energy supply chain do not have the financial or political means to make decisions about the energy their communities use. “We are flipping that on its head,” said Ron “We want those people to be upstream. We are taking a very horizontal approach.“

One source of inspiration for the duo is Co-op Power based in Boston, which has more than 150 full-time green jobs with living wages, spawning 10 businesses in the decade since its founding.

“We had a large number of people trying to solve the puzzle of how communities could come together and create sustainable energy models,” said President and CEO Lynn Benander. “It’s the brain child of many people.”