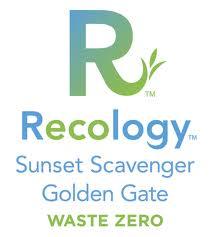 Recology, the San Francisco garbage monopoly, usually comes to the city to ask for a rate increase once every five years or so. It’s been almost seven since the last one — and it’s not as if the company’s costs have come down. Anyone who’s running big diesel trucks and paying for fuel has been hammered in the past year or two.

So why did the folks at Recology wait until this fall — Sept. 11 — to let the city know they want to change the way they charge for trash — and most likely rise rates at the same time?

Well, for one thing, there was a ballot measure back in June that would have broken up the lucrative monopoly and opened the waste-removal franchise to competitive bidding. That’s Recology’s worst nightmare. Since 1932, the company (through its predecessors) has had the exclusive right to pick up residential and commercial refuse in San Francisco; unlike virtually every other outfit that does this level of business with the city, the contract never comes up for renewal and nobody else ever gets to bid. There’s virtually no chance that anyone but Recology would ever win a bid for the deal anyway — we’re talking about a unionized, worker-owned local company, and all of the other big garbage outfits are nasty out-of-state operations with bad management and environmental records. But if there were other bidders, Recology might have to sweenten the city’s deal — keep the rates lower or give some more money to City Hall.

Ant any rate, the ballot measure went down under a flood of Recology money, and to nobody’s surprise the rate hike is now on the table.

Your rates won’t actually go up for a while — the process is long and complicated and both Recology and the Department of Public Works agree that the earliest any new pricing would go into effect would be next summer. We won’t actually see a firm proposal until December.

But already, the company’s talking about ending the current practice of charging for the black (garbage-to-the-landfill) cans and picking up recycling and compost free. The city and the company are both trying to reduce the amount of landfill material that gets discarded — and ultimately, everyone would like to eliminate the black cans altogether. But that, Recology spokesperson Eric Potashner told me, doesn’t work with the current business model: “We can’t rocus our financial operations on a black can if we’re trying to get rid of it.”

Which leads to a dilemma: If you want people to recycle and compost more, how do you get away with charging them more to do it? “That’s the challenge,” Potashner said.

Either way, the rates are going to go up. “There hasn’t been a cost-of-living increase since 2010,” Douglas Legg, finance director at DPW, told us. The increase might be fairly steep, too — after all, it’s been seven years since the last one.

All of which comes back to the competitive bidding question. If this weren’t a monopoly, and Recology had to compete for the contract every once in a while, “these rate hikes might be more moderate,” retired Judge Quentin Kopp, a longtime critic of the company, told us.