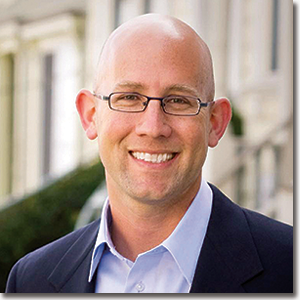 At the same time, voters rejected a monied, politically connected, fiscally conservative board member, Rodrigo Santos, who was appointed by Mayor Ed Lee in August to fill the vacancy created by Milton Marks’ death. Longtime board member Natalie Berg was also re-elected, likely buoyed by her decades of incumbency, but finishing third behind the more-progressive Ngo and Mandelman.

As the college airs all of its dirty laundry, showing its worst practices to the world, San Francisco voters also showed faith that the college could spend money wisely in the future: they passed Proposition A with more than 72 percent of the vote, delivering $14 million a year in parcel taxes, for the next eight years, to the money-starved institution.

The lack of money means more than just numbers on a page — real classes will be cut, real campuses are already being closed, and the diverse communities the colleges serve will either be given smaller portions, or excused from the dinner table entirely.

Rejecting politicians that represent these kind of austerity measures, Santos was one of the casualties of this voters’ swing away from conservative politicians (despite what Chuck Nevius may think).

Santos, who head the pro-development Coalition for Responsible Growth, had all the odds stacked in his favor: he was an incumbent appointed by the mayor himself, and had a huge  campaign war chest. He raised $192,000 for his college board race, an unheard of for a local college board member.

It did nothing for him: ultimately, Santos got slightly more than half the votes of candidates with as little as $30,000 in their campaign chests. By voting in mostly progressive candidates, and overwhelmingly reaffirming Prop. A, San Francisco has said loud and clear: they want the college to protect education in their individual communities, and for the college to maintain as many classes as possible, despite cuts urged by lack of state funds.

Steve Ngo and Chris Jackson earned their progressive bona fides in pushing forward the “Placement Plus One” program, a policy giving students taking placement tests the ability to “bump up” a class higher than they placed. Students, mainly from the local nonprofit Coleman Advocates, complained that placement tests were disproportionately unfavorable to minorities.

The consequences for placing low in math or English are huge — a student placing in a rudimentary English class could delay transferring to a four year school by years. Ngo and Jackson fought for a student’s right to decide their own futures, and importantly, fought for minority students who were falling behind.

But don’t think that just because Ngo is progressive, that he isn’t afraid to make the cuts he feels he needs to make. He notably did not support his colleagues on the board as they voted to reject the Student Success Task Force, which advocated for lowering class registration prioirty for students who took too long to get out of community colleges statewide, accruing over 100 credit units.

Mandelman as well is a figure whose professional, calm demeanor lends himself to a new progressive movement. He may have lost his past bid for supervisor of District 8, but as Chris Daly noted, Mandelman is a consensus builder with the backing of many groups and associations in San Francisco. The same was true of his City College bid, and likely why he won.

The college desperately needs someone like him that can build unity right now. The school, highly politicized and villainized in the media, needs allies. With Mandelman and his calm demeanor on the new progressive bloc on the board and a clear strong mandate from the city to back up classes with millions of dollars in taxes, there is now hope that the changes at City College may not only be transformative, but serving its diverse community through solid progressive values.