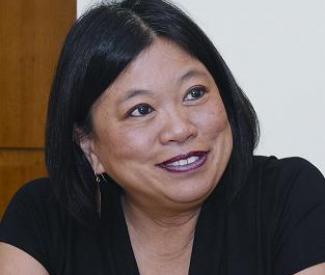 San Franciscans this week saw the end result of long-running teacher union attacks on the re-election campaign of three SFUSD school board incumbents — Sandra Fewer, Jill Wynns and Rachel Norton — who were all reelected.

After the board’s vote to protect more vulnerable teachers, the teacher’s union started going on the offensive against the board. “[The union] was very angry with me,” Fewer told us. They told people all over the city not to vote for her, she said, and declined to hold any discussions on the topic. “They told me, you had just better not [pursue this],” she said.

Ultimately, despite the attacks, the incumbents of the school board were elected with twice the votes of the closest losing candidate. Sandra Fewer netted the most out of any board candidate — 93,971 San Franciscans voted her in, as of the election day count. They’ll be joined by newcomer Matt Haney, who disagreed with the school board’s approach but not its decision.

UESF President Dennis Kelly didn’t see their conflict in quite the same was as Fewer. “When they made a mistake, we decided to point it out to them,” Kelly told us.

But political analysts say UESF will likely lose some influence in the district over its failed campaign strategy. “The school board now has a mandate to do what it wants to on behalf of kids,” political consultant David Latterman told the crowd at SPUR’s post-election wrap-up yesterday.

Ironically, even Kelly admits the fight they picked wasn’t over an issue that really impacted teachers much. He said that the 70 teachers the board decided to spare was a symbolic move. “They’re temporary teachers, their contact essentially ends that year,” he said. “It was a pointless thing to do.”

Fewer, of course, disagreed. When the district sends out their pink slips annually, they hire back most of the teachers, she said. But when you send pink slips to the younger or newer teachers at vulnerable schools, they often don’t come back.

“If you lose 60 percent of your staff every year, how can you do that and run a school?” she said.

Those schools often have the newest and youngest teachers. And that can make it difficult to retain them once they’ve left. Salome Milstead has taught in San Francisco for four years, and knows that feeling of dejection when that annual pink slip comes in. She started out at the Academy of Arts and Sciences, one of the newest schools in the SFUSD.

Like the schools in the special zone that Fewer tried to protect, the Academy serves a diverse socio-economic population: kids from troubled homes, that are usually tougher to teach. In 2008, Milstead and the teachers there had achieved something remarkable: building a new school from scratch. They were a close knit-team.

“That year, the principal got his layoff notice and pretty much most of us got a pink slip,” Milstead said. “We had all worked really hard that year to build up what we had.”

It takes that kind of young, idealistic, not-yet burned out person to go into the more troubled schools and have the energy to teach, she said. After the intense schooling and work training teachers go through, to immediately receive a pink slip was demoralizing.

The decision to protect the teachers of those kinds schools was something Fewer said she had to do, but it was a hard decision.

Kelly said that despite their differences, he looked forward to working with Fewer again. “We’ve worked with them before,” he said. “There were nine candidates in this race, and we were ready to work with any one of them.”