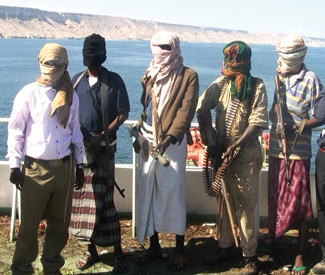 FILM The San Francisco Documentary Film Festival returns for its 11th year with a typically strong program — whether you like your docs quirky, political, musical, experimental, or just plain strange, DocFest has you covered. Plus, there’s an “80s New Wave Sing-a-Long,” because who doesn’t love screaming Spandau Ballet with a few hundred pals? Read on for more recommendations.

Sorry, recent San Francisco transplants, but you’ll never get to experience the Jejune Institute, an alternate reality game that started attracting players in 2008 and closed up shop in 2011. Participants, lured by flyers or word-of-mouth, began by visiting an office on California Street, where they’d watch a video imparting new age philosophy; they’d then be given instructions for a sort of scavenger hunt in nearby Chinatown. They learned of a missing girl named Eva, and of new meanings for the words “elsewhere” and “nonchalance.”

Was it real? Was it fake? Whatever the truth, it was definitely fun for dedicated players, for whom the narrative continued and got more complicated; there were spontaneous dance parties, a subterranean rescue mission, and a culminating seminar on “socio-reengineering.” The genius of Spencer McCall’s The Institute  is its tone. Some interviewees are clearly in character, while others — including creator Jeff Hull, who cites Oakland’s Children’s Fairyland as an inspiration — proffer both straight talk and ambiguity, keeping some of the mystery of this fake-cult-that-earned-a-cult-following alive.

Another locally-made film, Sam Banning’s thoughtful Cruel and Unusual, takes a look at the negative effects of California’s Three Strikes Law (and by the time DocFest starts, you’ll know if Proposition 36, aimed at reforming the law, has passed). The film charts several cases, including the ordeal of Kelly Turner, sentenced to life for the decidedly non-violent crime of forging a check. Her story has a happy ending, but as the film shows, she’s one among thousands who’ve received similarly harsh sentences for proportionally minor crimes.

Broadway stardom has always been an elusive prize, but it’s become an even tougher pursuit now that many musicals compete for ticket buyers by casting high-profile film and TV actors. Stephanie Riggs’ The Standbys  goes behind the scenes with three professional understudies. Even if you’re not a musical-theater fan, it’s not hard to sympathize with these folks — “Gotta dance!” types who suffer the psychological strain of always being ready to not perform. (And on the rare occasion they get to step in, they inevitably face a cranky, disappointed audience: “Who’s this clown? Where’s Nathan Lane?”) The lifestyle fosters more offstage drama than on, as when the affable Ben Crawford finally ascends to leading-man status in Shrek the Musical — a triumph after all those hours spent sitting backstage in elaborate greenface — only to be set adrift when the show closes.

As careers go, show biz is brutal, but politics may be worse, and Ann Richards’ Texas is probably the most inspiring yet depressing film in DocFest. That’s not the fault of filmmakers Keith Patterson and Jack Lofton, but rather history itself: the feisty, big-haired Texas liberal was knocked out of office by George W. Bush, her opponent in the 1995 gubernatorial race. But just because Texas has gone the way of Bush and (ugh) Rick Perry shouldn’t take away from Richards’ considerable accomplishments — like her prison-reform work, among the good turns detailed here — or diminish her personality, which was as towering as her coiffure.

Though numerous famous friends and admirers (Dolly Parton, Bill Clinton) chime in with words of praise, the footage of Richards just being Richards (at press conferences, on talk shows, and giving speeches — particularly her instantly legendary appearance at the 1988 Democratic National Convention) speaks for itself. If only Richards, who died in 2006, was still around; there’d be no one better suited to rip into the current crop of women-hating Republicans.

Shot like a thriller, Thymaya Payne’s Stolen Seas is an eye-opening exploration of Somali piracy, with re-enactments (using actual audio recordings) of tense ransom negotiations between a Danish shipping company executive and a man retained by pirates to act as their translator. The film also delves into Somalia’s troubled history and recent past, exposing the origins of the piracy epidemic — surprise, surprise: the United States has a hand in it — and the purely business reasons why it will likely continue more or less unchecked.

Though it’s an East Coast tale, Bay Area activists may spot kindred spirits in the subjects of Suki Hawley and Michael Galinsky’s Battle for Brooklyn, about community members and business owners who organized against a fat-cat developer’s plan to construct the Brooklyn Nets’ new arena in their neighborhood. The central figure is Daniel Goldstein, a graphic designer turned rabble-rouser whose home is located within the project’s footprint. Filmed over seven years, Battle for Brooklyn offers a well-articulated takedown of the shady politics surrounding the deal, with the happy added bonus of seeing Goldstein marry a fellow activist and father a daughter as the fight progresses.

Two more to add to your list: Eating Alabama, filmmaker Andrew Beck Grace’s chronicle of his year-long quest to dine only on food grown by Alabama farmers (yeah, it sounds like a blog instead of a doc, but Grace’s adventures in local foodie-ism, which give way to broader insights, are thought-provoking); and Nisha Pahuja’s The World Before Her (also a recent selection at the 3rd I South Asian Film Festival), which reveals some startling contrasts and similarities between Miss India pageant contestants and girls who are being indoctrinated into the country’s Hindu fundamentalist movement.