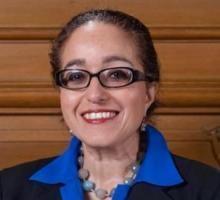 Any pretense that the group called San Francisco Women for for Responsibility and an Accountable Supervisor is anything more than a downtown sham vanished with the arrival in District 5 mailboxes Nov. 3 of a mailer attacking Sup. Christina Olague for supporting public power.

The mailer uses pictures of Olague and Julian Davis — and that alone is a not-so-subtle attack on Olague. Davis has lost all credibility in the race, thanks to a string of allegations that he groped women.

It then goes after the two for “support [ing] a $20 million taxpayer giveaway to Big Oil.” The utterly misleading line is based on Olague’s vote to support Clean Power SF, a community choice aggregation program that has the support of public power advocates all over California.

Olague’s not supporting Shell Oil; she just realized, as did a supermajority of the board (including both left stalwarts David Campos and John Avalos and the far more conservative Scott Wiener) that the program makes sense for San Francisco and will lead in the long term to much greater energy self-reliance. The only ones putting out the Shell Oil line are PG&E and its house union, IBEW Local 1245.

Oh, and now a group that supposedly advocates for domestic violence victims.

This is a disgrace, an embarassment to the district and the city. Ron Conway and Thomas Coates are attacking Olague because they’re afraid she’ll vote against their development and landlord interests, not because they care about domestic violence.

This election matters, a lot. It’s clear where the big-money interests are; I hope D5 residents reject this attempt to buy the election.