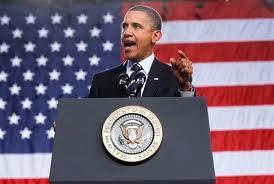 Polls aren’t perfect, but a lot of polls that come to the same conclusion are rarely wrong, at least not by much, and all the polling data suggests that in the critical swing states, Mitt Romney is SOL. Sure, the GOP camp is keeping up hope, but everyone knows that the odds are heavily in favor of the re-election of Barack Obama. In the spring of 2010, I bet on the Giants winning the World Series at 20-1 (nice payoff, that one), but I wouldn’t even take those odds on Romney today.

And since Hurricane Sandy has left Ohio and Pennsylvania relatively intact (no massive poll closures for lack of electrict power), and the voter-suppression laws have been put on hold by the courts, there’s really nothing game-changing available to Romney’s gang of crooks — except this.

I’m with the Wonkette folks — I don’t typically buy into the voting-machines-are-rigged-by-secret-Bain-operatives kinds of theories. But we all know the 2000 election was stolen, and I’m pretty sure that Willie Brown and his appointed elections chief, Tammy Haygood, did something fishy (maybe very fishy, judging by ballot boxes floating in the Bay) to prevent a public-power measure from passing in 2001. And we know that the voter ID laws were carefully designed to keep African Americans, Latinos, seniors and students away from the polls this fall. And we know that Romney’s backers are among the most powerful and secretive people in the world; if there really were groups like the Bilderbergs and the Masons running the world, Romney wouldn’t be allowed in the back rooms (too dumb) but his big-money allies would be there.

Could it be possible that somebody in Romneyland is going to try to pull a modern-day version of the hanging-chad caper?

We’d be fools not to think it’s on the agenda. Doesn’t mean they can pull it off (and seriously, if the president of the United States doesn’t have people who can monitor and put a check on this shit, then he doesn’t deserve the title). But if some of those swing states suddenly go all Florida, 2000 on us and start showing up red on the electoral map, it won’t be because of Obama’s college transcripts.

So go ahead, trolls, tell me how nuts I am. You’re probably right; everything’s going to be Just Fine.