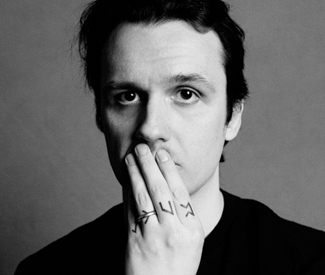 LIT When Damien Echols stepped out of the Craighead County courtroom on August 19, 2011 a free man, he’d spent more than half of his life on death row, for a crime he insists he didn’t commit — the gruesome murders of three young boys. His trial and quest for exoneration, along with co-defendant Jason Baldwin and a third accused, Jesse Misskelley Jr., are well documented in the Paradise Lost documentaries directed by Joe Berlinger and Bruce Sinofsky, and the subject of a fourth documentary, West of Memphis, due out in December. But for a more microscopically focused, day-to-day accounting of growing up behind prison walls, Echols’ book Life After Death (Blue Rider Press, 392 pp., $26.95) delivers a highly personal account of living under a sentence of death.

The timing of the book’s release could not be better for Californians, who are facing the opportunity to overturn the death penalty in the upcoming November election by voting yes on Proposition 34. For the undecided, reading about death row from the perspective of one who lived on it may offer one of the most compelling arguments against maintaining it. Echols’ book offers a vision of life on death row as bleak as it is banal: the glacial grind of the appeals process, the dehumanizing effects of institutionalization on both the incarcerated and the incarcerating, and the unsettling reality that there have been numerous factually innocent people sent to death row for sentences that have little to do with deterrence, and much with revenge. (More information on wrongful convictions can be found via organizations such as the Innocence Project, the Death Penalty Information Center, and Amnesty International.)

Even when you strip away Echols’ penchant for overwrought hyperbole (“I cannot explain it, the way everything in my soul gibbers and shrieks for some sort of closure”), he effectively paints a portrait of an isolated sovereign state characterized by rote adherence to pointless, administrative ritual. The primary focus of Echols and his fellow inmates seems to be staving off boredom and breakdown, chronic death row maladies on which Echols provides plenty of detail. Echols learns to sit zazen, increasing his ability to silently mediate from 15 minutes to five-hour stretches. He watches television — looking forward every year to each Charlie Brown holiday special and baseball season — and offers tips on cooking chili over a light bulb plus novel uses for magazine cologne samples. In fact, at certain points his discourse (written mostly while Echols was still in jail) reads a bit like a “Hello Muddah” letter from summer camp rather than a hardcore exposé of the prison system.

Since he was sent to death row while still a teenager, Echols’ essays and letters are frequently tinged with lingering shades of adolescent angst, and confined as he was to an effectively solitary existence, he can’t help but to come off sounding somewhat self-absorbed (“I look at the people who have done horrible things to me … and I know they would never have been able to rise above the things that I have”). When not writing about prison life, he writes about his poverty-stricken childhood and his side of the criminal case that catapulted him to an uncomfortable celebrity, vacillating between emotional extremes. In one paragraph he fondly describes the way his father could make him laugh, in another he describes being “disgusted” by his “childishness.” His mother, sister, and step-father are all singled out for similar treatment, and he even takes a swipe at onetime best friend Jason Baldwin, for hesitating over the deal that allowed the West Memphis Three to walk out of prison in 2011 with time served — but not with exoneration.

But Echols the person is more than just Echols the condemned, and Echols the writer is more than a one-note diva. Strewn throughout his narrative are wryly humorous observations, such as his glowing description of a sumptuous breakfast at the mental institution where he was temporarily confined as a youth (“The insane do not count carbs”), and his tongue-in-cheek recounting of his teenage attempts to find a summer job (“I was growing desperate because potential employers didn’t seem to value the exceptional intellectual giant who was presenting himself to them”). His glowing tributes to his wife and defending angel Lorri Davis are touching and truthful, and his penchant for poetic phrasing is transcendent when it hits its mark.

“I’ve seen ghosts in the lines of a woman’s face and heard them in the jangling of keys,” Echols writes urgently. “Sometimes I even mistake myself for one.” Fortunately for his audience his writing, at least, tethers him unequivocally to the corporeal world — a man after all, not a shade. *