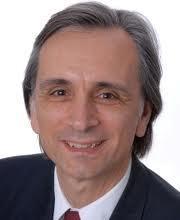 The Harvey Milk Club has decided not to rescind its endorsement of Julian Davis for supervisor in District 5 — although the vote may say more about the geopolitics of the race than the way the club members feel about Davis.

The club members had two resolutions in front of them Oct. 22, a night that also featured the third presidential debate and the do-or-die Giants game. The first resolution would have withdrawn the club’s support for Davis, who lost most of his progressive endorsements after he was accused of groping a woman at a campaign event six years ago. The second would have given an unranked three-way endorsement to Sup. Christina Olague, John Rizzo, and Thea Selby.

Of course, the second resolution wouldn’t even come up unless two-thirds of the club members voted in favor of the first.

And while a number of club members are as unhappy as the rest of the left about Davis’s behavior, the real drama involved the efforts of other candidates in the race to prevent Olague from getting the nod.

Rizzo, president of the Community College Board, told me he showed up and voted against the first resolution. “I didn’t campaign, I didn’t organize, I just showed up for 15 minutes and voted no,” he said. Rizzo’s not supporting or working with Davis — so why try to protect the guy’s Milk Club endorsement? Well, Rizzo knows that Olague is a much bigger threat to him than Davis, whose campaign is on the ropes. So he voted in his own self-interest.

Rizzo agreed it was “very odd” for him to be in this position, but said he was campaigning to win and didn’t want to see a front-running competitor getting a major club endorsement.

Gabriel Haaland, a longtime Milk Club member who supports Olague, wasn’t happy with that. “In the end, I want a progressive supervisor,” he said. “John and Christina are my top choices, but I don’t want to see London Breed get elected.”

Ah, that’s the subtext here — and it’s a serious one. The left is worried about Breed, who’s the beneficiary of a well-funded independent expenditure campaign by the San Francisco Association of Realtors. That group, which is also pushing hard to oust Eric Mar in District 1, wants to weaken the power of tenants on the Board of Supervisors, and sees Breed as friendly to that agenda.

Breed’s a serious contender — a lot of observers think that she and Olague are in a two-way race, although with ranked-choice voting, Rizzo is also very much in the running, as, potentially, is Thea Selby.

Breed’s supporters didn’t want to see the Milk Club go with Olague, either, and some showed up to vote against rescinding the Davis endorsement. Breed told me she wasn’t actively involved: “I just wanted to stay out of it,” she said. She acknowledged, though, that some of her supporters had told her about the meeting and “there were some people that went there.”

In the end, Club President Glendon Hyde told me, the vote was 53 yes, 42 no — far short of the two-thirds needed to reverse the endorsement.

There were, by all accounts, plenty of Davis supporters in the room. But it’s likely that the combination of Breed supporters and Rizzo supporters was enough to sway the vote and ensure that the Milk Club retained Davis as its only choice.

Both Breed and Rizzo denied working together — but the result was the same: The Milk Club is now about the only significant progressive group in the city still siding with Davis.