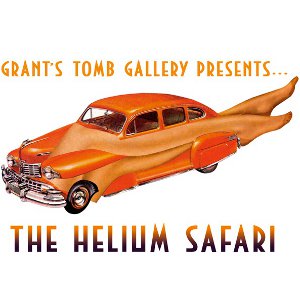 He has exhibited his personal work in galleries around Europe, and occasionally pieces have been known to cross the Atlantic to the shores of the American continent. His proudest recent achievement was to be awarded an Honorary Director’s roll on the board of the San Francisco Collage Centre. For more information, please visit mackaoui.com.

Sean will be in attendance of this one night only event at Grant’s Tomb Gallery in North Beach, with additional montage art by Winston Smith, also in attendance.