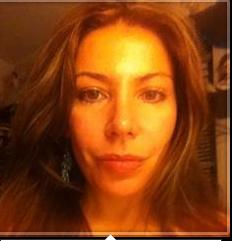 For months, I’ve watched as Ross Mirkarimi has been slandered as a “wife beater”—by the mayor of San Francisco, no less—and vilified in the press based on lies, half-truths and innuendo.  It has been heart-breaking, nauseating, to witness.

I know for a fact that Ross is no abuser. He and I were a couple for eight years. For most of that time, we lived together. Not once did Ross even come close to making me feel unsafe in his presence. He never threatened me. He would walk away or cry “uncle” rather than argue. He simply had no stomach for it.

When the news broke last January that Ross, newly elected as San Francisco’s Sheriff but not yet sworn in, might be arrested on domestic violence charges, I was sure the accusation wouldn’t stick. Not once people knew the facts.

By now, everyone knows that Ross and his wife, Eliana Lopez, got in an argument in their car on New Year’s Eve. She wanted to take their toddler to her native Venezuela, and Ross, bereft the last time a one-month trip to Venezuela stretched into several, balked. Eliana moved to exit the car and Ross held her, a second too long, causing a bruise. Eliana called a friend and made a videotape of the bruise the next day in case she and Ross ended up in a custody battle. Four days later, without Ross’s wife knowing, the friend called police.

The hell that broke loose is worthy of an Errol Morris documentary. The San Francisco District Attorney, a political opponent, sent four investigators to interview all of Ross’s neighbors. That never happens in a misdemeanor case–it costs too much time and money. Anti-domestic violence advocates began calling for Ross’s head even before he was charged.

We all want to stop abusers in their tracks. But let’s make sure we are properly identifying the abuser.

Early on, in January, the Bay Citizen interviewed me. I expected the other local newspapers to contact me or pick up my quotes, which essentially said that Ross never, ever came close to abusing me. But no reporter from the local dailies that were splashing all kinds of hearsay on their front pages ever contacted me. This even after I contacted them to try to correct falsehoods being reported as fact.

I was fully prepared to testify had Ross’s case gone to trial. I knew facts that would contradict lies made to condemn him.  I still wish the case had gone to trial. But at the time that Ross pled guilty to “false imprisonment”–for turning his car around to go home when the argument threatened to spill out into a restaurant he and his wife planned to enter–his lawyer told me she believed that Ross could not get a fair trial. The last straw was when the judge refused a change of venue.

So Ross pleaded guilty so he could have his wife and son back, end the hysteria and try to go and do his job.

Instead, the mayor used Ross’s guilty plea as an excuse to suspend him without pay—without any due process—starting several more months’ of investigation, interrogation and character assassination at Ethics Commission hearings. And for what? In the end, the five-member Ethics Commission, three of whom are appointed by the Mayor, found Ross guilty of only one charge: grabbing his wife’s arm. One member wondered what the people would say if they decided not to uphold the Mayor’s rash suspension and declaration of “official misconduct.” Well, in the few times that I’ve met with Ross in the last few months, he was stopped everywhere by people of every demographic group. Old, young, progressive, moderate, and of every ethnicity. All wanted to express their support and their contempt for what has happened to him. All blamed politics.

I had not seen Ross much in the years since we parted. I moved to another side of the city, moved in different circles. But, in essence, he has not changed much.

The last time I saw him before this case exploded was before Christmas. On a Saturday morning, Ross was in his District Five supervisor uniform—gray suit, white shirt, wingtips. He had already gone to one neighborhood meeting and was on his way to another, even though his official duties as supervisor were over and he was supposed to be on vacation. I kidded him about this, and he shrugged and said, “Well, you know me.”

I do.  And so I’ll say with confidence that Ross does not deserve what he has endured. He deserves vindication, and the chance to do the job he was elected to do.