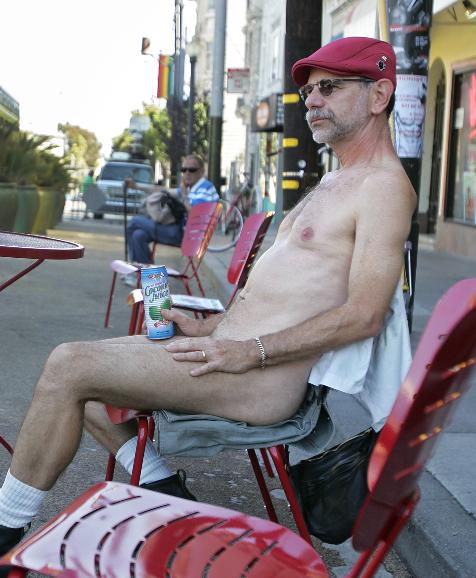 There was no public outcry when Pedro Villamore, a 44-year-old homeless gay man, was found dead in a doorway in the 500 block of Castro Street last December, a couple of weeks before Christmas and across the street from the holiday tree that the Merchants of Upper Market and Castro puts up every year to welcome big spenders into the neighborhood.

MUMC, which in years past opposed three homeless queer youth shelters and a free meals program at a local gay church, did not decry the fact that a member of our community died on the street — and where were the city’s homeless outreach teams? Nor did any of the residents of the neighborhood express any concern that others who have a problem with methamphetamine, the area’s drug of choice, might meet a similar fate — and shouldn’t the community be doing something about it?

Of course, if he had been one of the nudists who hang out naked in the Castro these days Villamore would’ve found himself on the front-page of Bay Area Reporter, the city’s gay weekly, while he was still alive. Not to mention the target of diatribes from the SF Chronicle’s chronically right-wing columnist C.W. Nevius.

Sadly enough, a neighborhood that once stood for sexual and personal freedom has succumbed to anti-nudism hysteria, even to the point of echoing Anita Bryant’s old rallying cry, “Save the children!”

Hysteria it is, of epic proportions. Some Castro residents and MUMC merchants actually persuaded their elected official, Supervisor Scott Wiener, to introduce anti-nudism legislation because a few naked men prance around the hood au natural, even sometimes sporting (horrors!) cock rings on their dicks. In a neighborhood where there’s no dearth of cock rings or any other sex toy, not to mention every variety of gay porn imaginable, and where guys walk around bars in underwear, residents don’t want public nudity. Huh? The neighborhood’s historic live-and-let-live attitude has obviously gone the way of Halloween and being able to walk into Pink Saturday without being scanned by a metal detector.

Has gay marriage and the freedom to “be all that you can be” in the military afflicted residents of the Castro with assimilation fever? What’s next — fundraising parties for Mitt Romney or a Castro chapter of the Moral Majority?

In a community that, according to a recent Williams Institute study, is rampant with poverty and suffers a serious lack of full-time employment for transgender people (75%, according to a report from this paper and the Transgender Law Center), not to mention a major drug and alcohol problem that makes gay men easy targets for muggings as they leave the bars at night, you’d think that public nudity would the last thing on anyone’s mind.

People with AIDS continue to be pushed out of apartments in the Castro so that landlords and realtors can make tons of dough and LGBT seniors are forced to live with little economic or social support, regular cuts to services and benefits, and discrimination and isolation in nursing care facilities.

Yet from the volume of letters in the BAR and the number of calls Wiener says he’s received, you’d think that public nudity is the biggest problem in the world.

Tommi Avicolli Mecca has been a queer activist for the past 42 years, and a Castro resident for 20. He is editor of Smash the Church, Smash the State: the early years of gay liberation (City Lights).