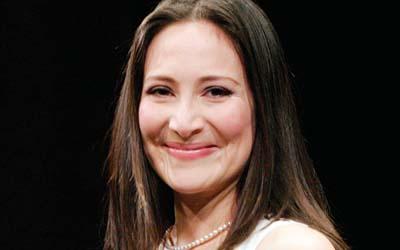 Since this nightmare began nine months ago, my integrity, intelligence and independence have been attacked over and over again by individuals claiming to defend me. In every instance, I’ve been cast as an immigrant woman with limited English proficiency who is incapable of asserting her rights, understanding domestic violence, or speaking with her own voice. I’ve been characterized as ignorant, submissive, vulnerable — but also hysterical, vindictive and manipulative. I’m either a “hot-blooded Latina” or a fool, duped by my husband.

The mayor and his allies — each with their political or financial interest at stake -– have lined up to silence me or distort what really happened. They claim my voice doesn’t matter, that I can’t be trusted, but, have they ever, ever, bothered to talk to me directly? No.

They prefer an inflammatory vague 50-second video clip to the truth. In the midst of an argument on December 31, 2011, my husband grabbed my arm for a second and bruised me — it was not intentional. I have never recanted this fact. He was wrong, and he apologized. That was the extent of it. I know this because I was there. It was my experience.  It happened to me. And it never happened before.

After the argument, I made the irreversible decision to trust a neighbor who represented herself as an attorney because of potential custody issues complicated by the fact that I didn’t have my Green Card yet.

That violation of trust, followed by a surreal chain of events triggered the unimaginable. Without my consent, confidential information was floated to media operatives. Four days later, again without my consent, the police were called. Clearly there was no emergency. This all happened before Ross was sheriff.

On January 13, Ross was forcibly separated away from me and our son — something I never wanted nor was consulted about. This devastated us. By trying to take responsibility and hoping to reunite us sooner, in March, Ross took a plea that I never wanted him to take. When Ross wouldn’t resign as Sheriff, they suspended him without pay causing me and our son to relocate to Venezuela where I could work.

From afar, when the Ethics Commission deliberations began, me and many Latinos watched democracy tested in San Francisco. Ultimately, all the charges they piled on against Ross were unanimously rejected. All, but the very charge that Ross handed them back in March so that we could move forward.

After seven long months of being forced apart, we’re now reunited, family-strong and committed to seeing this process through. But what many don’t know or find hard to believe is how local officials tried to use my family as a weapon to remove Ross from elected office. When Ross wouldn’t resign, they dehumanized him in the press or attacked my credibility to suit their narrative.

At the very beginning of this madness, from the police releasing the worst photo of Ross to their leaking of private information, to the District Attorney’s total disregard for me or my son’s well-being, to the mayor’s taking action against Ross without ever talking to me, to the Ethics Commission’s insult to my integrity — it all sends the message that if you are a woman in San Francisco and involved in a domestic violence situation, the last thing you would ever want to do is reach out to those authorities we need to trust.

In part, that may explain a report recently on local National Public Radio that San Francisco has the lowest prosecution of DV cases among the nine Bay Area counties. Those statistics aren’t improved by ignoring the voters that elected Ross as sheriff.

Make no mistake. The mayor wants the Board of Supervisor’s October 9 vote on my family’s future to occur in the most political atmosphere possible.  Not even the appearance of political motive seems to matter since the mayor opposed delaying the vote until after the November election. This isn’t about me or my husband. This is about a political machine that has attempted to turn one woman’s body into the biggest blow against progressive politics in San Francisco in decades.

Eliana Lopez is a mother, wife to Ross Mirkarimi, and a film, television and theater actress. For more information: www.friendsofross.com; facebook: stand with ross