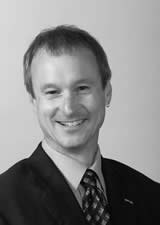 Today’s 20th anniversary Critical Mass ride has received overwhelming media coverage in the last few days, including a surprisingly laudatory editorial in yesterday’s Examiner, so people are expecting the ride to be huge. But the talk of last night’s CM20 birthday celebration at CELLspace was about Quintin Mecke’s widely circulated letter blasting the San Francisco Bicycle Coalition for refusing to even put the event on its calendar or in its newsletter.

By contrast, even the San Francisco Planning & Urban Research Association (SPUR) – founded and funded by downtown players with little love for Critical Mass – listed today’s “special anniversary ride” and related events throughout the week in its calendar and on its newsletter, recognizing this “monthly bicycling event that began in San Francisco and inspired similar events throughout the world.”

As I wrote in this week’s cover story, SFBC and Critical Mass grew up together on a similar, symbiotic trajectory, effectively working an outside/insider strategy (think MLK/Malcolm X) that has won cyclists a recognized spot on the roadways. But SFBC always warily kept its distance from Critical Mass, worried about offending politicians, the mainstream media, or the driving public.

That’s an understandable strategy, given the persistent resentment many feel toward Critical Mass. But when considered in combination with SFBC’s increasingly corporate culture and sponsorships and its controversial recent decision to allegedly overrule its member vote in its District 5 supervisorial endorsements, SFBC is in danger of losing the allegiance of much of the cycling community (which remains a minority of road users, and thereby political outsiders almost by definition).

David Snyder — SFBC’s executive director through its biggest growth period, SPUR’s former transportation policy director, and currently the executive director of the California Bicycle Coalition — is reluctant to wade into the current controversy, but he does acknowledge the important role Critical Mass played in winning political acceptance for cyclists in San Francisco.

“In the mid-’90s, when the San Francisco Bicycle Coalition was a couple thousand members, the brouhaha around Critical Mass [particularly the crackdown in ’97] increased our membership by 50 percent at one point,” Snyder told us. “At that time, we benefitted hugely form the attention Critical Mass paid to safe streets for bicycles. And I don’t think we need Critical Mass to do that anymore…The Bicycle Coalition’s goal these days isn’t to develop an awareness of unsafe streets, it’s to develop a bold agenda to fix them.”

I spoke with Mecke, who finished second in the 2007 mayor’s race, at last night’s event, and he was frustrated by his follow-up conversations with SFBC leaders, who seem to have taken a very defensive posture instead of welcoming this interesting conversation. I called SFBC Executive Director Leah Shahum to discuss these issues, and I’m waiting to hear back from her and I’ll update this post when I do.

But in the meantime, to feed the discussion, here’s the full text of Mecke’s letter, followed by another letter to SFBC on the endorsement issue:

Sadly, I can’t say I was surprised when I read this week’s SFBC Newsletter and found absolutely zero mention of the 20th Anniversary of Critical Mass.  According to your own newsletter, apparently the only thing happening in the San Francisco bike world that is worthy of your 12,000 members knowing about on Friday, Sept. 28 is SFBC’s Valet Bike Parking at the DeYoung Museum.  Seriously?

This is the San Francisco Bike Coalition and you couldn’t even bring yourselves to stick a small mention of Critical Mass in your newsletter or on your website (or god forbid you actually celebrate/acknowledge CM and show some pride), a cycling event created here in San Francisco which has spread across the globe to multiple continents since its inception & inspired thousands of cyclists to take to the street?  It’s truly amazing that Critical Mass was on the cover of the Guardian this week and even SF Funcheap listed the event but SFBC wouldn’t even put a mention at the bottom in the “Upcoming Events” section, hidden away amongst all the SFBC sponsored events? Not even a listing of the critical mass website or the community events going on all week long?  Your website lists the celebration of the 15th anniversary of TransForm but not Critical Mass?

Wow.  I’m truly speechless.  How embarrassing but more to the point, how sad. Are you afraid of offending Chuck Nevius or Mayor Lee? I don’t know how, why or what SFBC has become as an organization at this point but it’s disappointing as a long time cyclist to see the city’s only (?) organized bike advocacy organization which continually touts how many members you have to not even show the smallest amount of solidarity to your fellow cyclists and to the city’s own cycling history.  That being the case, history will march on without you.

Contrary to our “biking” Supervisor David Chiu’s comments in today’s Chronicle (I always enjoy politicians running from anything deemed controversial), it’s actually SFBC that is simply one tiny part of a much larger movement made up of a variety of cyclists from all walks of life whose decision twenty years ago to ride freely in the street once a month for just a few short hours has laid the groundwork for cycling reforms, political action and transformative experiences across the country and the world.

What a shame that instead of celebrating all parts of the cycling community, SFBC has decided to distance itself from the historic roots of its own community in the name of moderation, families on bikes and political expediency.

Enjoy Bike Valet night at the DeYoung Museum, it sounds like an awesome event.

My name is Gus Feldman. I am an avid bicyclist, a Bike Coalition member, and the President of the District 8 Democrats.

I’m in receipt of a letter from you, dated September 12, 2012, requesting that I renew my SFBC membership. I am writing to inform you that I will only renew my membership if the SFBC Board of Directors publicly releases the results of the SFBC member vote for the District 5 supervisor race.

While it is clear that the membership vote is one of several factors used by the SFBC Board of Directors to determine endorsements, the refusal of the Board to grant SFBC members the ability to see the results of their votes demonstrates an unacceptable degree of secrecy. By withholding this information, the Board is publicly stripping SFBC members of all agency in the endorsement process.

If in fact the popular suspicion is true – that Julian Davis won the most votes from SFBC members, but the Board decided to grant Christina Olague the top endorsement in the interests of expediting the construction of separated bike lanes on Oak & Fell streets – we would greatly appreciate the Board publicly declaring and explaining the decision. Such a decision is certainly logical, as the Oak/Fell bikes lanes are a key priority for many SFBC members. The fact that the Board has elected to conceal the vote results, as opposed to explaining to SFBC members why and how Olague received the number one endorsement, is highly insulting as it insinuates that the Board does not have faith in SFBC members’ capacity to understand the rationale by which the Board arrived at their determinations.

Please understand that if the Board elects to depart from the current practice of concealing the vote results, and transitions to one of transparency, I will promptly renew my membership.