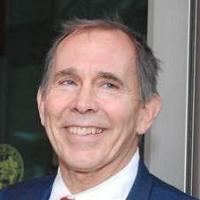 Six activists are being hit with overwhelming legal fees after their attempt to reverse California’s new election process was blocked by a wealthy Republican.

Richard Winger, the San Francisco-based editor of Ballot Access News, and five others went to court in 2010 to block the open-primary system, which mandates that the top two finishers in any primary battle move on to the November election. The plaintiffs argued that the provisions were bad for third parties.

The lawsuit named Secretary of State Debra Bowen, but Charles Munger Jr., the chairman of the Santa Clara County Republican Central Committee, won the right to intervene in the case on behalf of the top-two system. He hired the powerhouse law firm Nielsen Merksamer, and Winger’s case, Field v. Bowen, went down to defeat.

Now Munger has convinced the court to award his law firm $243,000 in fees — money that the small band of activists can’t possibly pay.

“The fees are contrary to law and precedent,”  Winger told us.

Winger, whose annual income was $6,000 for the last two years in a row, says he lives mostly off his savings, doesn’t have a pension and only receives $180 in social security each month.

Since $240,000 is an impossible sum that would wipe out the public-spirited activists — and means nothing to Munger — you have to wonder: What is this really about?

“Sometimes lawyers are really competitive. It’s like a sport to them. They just want to win,” says Winger.

From the outside, the fee request seems like a classic case of schoolyard bullying. In fact, it’s a prime example of what the legal community appropriately calls a S.L.A.P.P. lawsuit (strategic lawsuit against public participation).  Such cases are meant to intimidate one party with legal fees until they abandon the case, something the plaintiffs haven’t done quite yet.

Political insiders are wondering why Secretary of State Debra Bowen hasn’t done more on behalf of the plaintiffs. “She’s leaving these people hanging out to dry,” says Steven Hill, the former director of the Political Reform Program of the New American Foundation. “The ironic thing is that you have a secretary of state who calls herself a progressive, but her name is on a lawsuit that’s being used by Nielsen Merksamer to slap down a public interest lawsuit brought by her own supporters.”

Adding to the irony of Bowen’s lack of involvement is that the very political process that Winger and others were trying to stop is what drove her out of her 2011 congressional bid in California’s 36th district.

Bowen’s opponent, liberal centrist Janice Hahn, saw a way to squeeze her out of the race by leveraging the potential candidacy of another leftist liberal, Marcy Winograd. Hahn’s tactics succeeded as Bowen and Winograd essentially split the left-liberal vote, allowing Hahn to reap the primary benefits and move into the general election where she won with ease against Republican Craig Huey.

Nonetheless, Bowen is failing to speak up on the matter.  After multiple requests for an interview, Bowen’s press secretary, Shannan Velayas said in an email: “The Secretary of State’s office does not comment on pending litigation.”