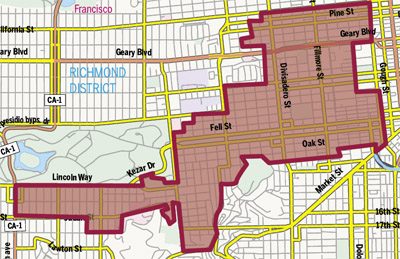 Candidates in the District 5 supervisorial race – where one recent poll showed almost half of voters undecided about a field of imperfect candidates seeking to represent the city’s most progressive district – have been sharpening their attacks on one another, learning lessons about hardball politics, and fighting over key endorsements.

Christina Olague, the incumbent appointed by Mayor Ed Lee earlier this year, has been taking flak in recent debates from competitors who are highlighting the schism between her progressive history and her more conservative recent votes and alliances. That gulf was what caused Matt Gonzalez to pull his endorsement of Olague this summer and give it to Julian Davis.

London Breed has now suffered a similar setback when US Sen. Dianne Feinstein revoked her endorsement following colorful comments Breed made to the Fog City Journal, which were repeated in the San Francisco Chronicle, blasting her one-time political patron Willie Brown. Breed, whose politics have been to the right of the district, seemed to be trying to assert her independence and win over progressive voters who have different worldviews than her more conservative endorsers.

But she may have gone a bit too far when she told Fog City Journal’s Luke Thomas: “You think I give a fuck about a Willie Brown at the end of the day when it comes to my community and the shit that people like Rose Pak and Willie Brown continue to do and try to control things. They don’t fucking control me – you go ask them why wouldn’t you support London because she don’t do what the hell I tell her to do. I don’t do what no motherfucking body tells me to do.”

Shortly thereafter, Breed said she got a call from Feinstein’s people withdrawing the endorsement. “There were just some concerns about the kind of language I used in the article,” Breed told us.

Sources say Brown has been in payback mode ever since, urging Feinstein and others to stop supporting Breed and switch to Olague. Neither Brown nor Feinstein returned our calls. On the record, Breed was contrite when we spoke with her and reluctant to say anything bad about Brown or Feinstein, except to offer us the vague, “There are a lot of people who respect and like me, and they don’t like what they see happening.”

Breed went after Olague hard during a Sept. 18 debate sponsored by the Haight-Ashbury Neighborhood Council and other groups, blasting Olague for her ties to Brown, Lee, and Chinatown power broker Rose Pak, claiming Olague is too beholden to that crew and D5 needs a more independent supervisor.

Asked to respond to the attack during the debate, Olague said, “I won’t dignify that with a response.” But it seems clear to anyone watching the race that Olague has been getting lots of support from Lee, Pak, and Brown and the political consultants who do their bidding, David Ho and Enrique Pearce, which is one reason many progressives have been withholding their support.

The Breed campaign this week trumpeted its endorsement by three prominent progressive activists: Debra Walker, Roma Guy, and Alix Rosenthal. But it has been Davis that has captured the endorsements of the most progressive individuals and organizations, including a big one this week: the Harvey Milk LGBT Democratic Club, which gave Davis is sole endorsement even though he’s straight and Olague is from the LGBT community.

Davis also snagged the number one endorsement of the San Francisco Tenants Union, a big one for D5, as well as the sole endorsements of Gonzalez, former Democratic Party Chair Aaron Peskin, and Sup. John Avalos. Assembly member Tom Ammiano also endorsed the Davis campaign, adding that to Ammiano’s earlier endorsement of John Rizzo, the other solid progressive in the race. Rizzo also got the Sierra Club and the number one ranking by San Francisco Tomorrow.

But Olague is enjoying quite a bit of union support, including snagging the sole endorsement of the San Francisco Labor Council, whose members in the trades like her controversial vote on the 8 Washington project more than progressives or her competitors, who all opposed the deal. Olague was also endorsed by the United Educators of San Francisco and California Nurses Association.

The biggest union of city workers, SEIU Local 1021, gave its unranked endorsements to Davis, Olague, and Rizzo, as did Sup. David Campos. Sup. Jane Kim – who has also occasionally parted ways with progressives after Ho and Pearce ran her campaign against Walker – gave Olague an early endorsement, but late this week also extended an endorsement to Davis.

“As someone who has championed rank-choice voting, it is important for me that progressives are thoughtful about how we strategize for victory.  I have known Julian Davis a long time, and I believe that he would be a strong leader that fights for progressive values that District 5 cares about, including sustainable streets and livable neighborhoods,” Kim said in a statement given to the Davis campaign.

Another important endorsement in D5 is that of the San Francisco Bicycle Coalition, which carried a faint whiff of controversy this year. The group gave Olague its number one endorsement and Davis its number two, but some SFBC members have secretly complained to us that the fix was in and that Davis actually got more votes from SFBC members, which most people thought was how its endorsements are decided.

SFBC Executive Director Leah Shahum told us she wouldn’t reveal who got the most member votes, but she did say that the SFBC Board of Directors actually decides the endorsements based on several factors. “The member vote is one of the factors the board took into consideration,” she said, listing a candidate’s record, relationship with SFBC, personal history, and other factors. “Nothing special was done in that vote, by any means.”

SFBC has been playing nice with Mayor Lee in the last couple years, despite his broken promise of getting the critical yet controversial Fell/Oak separated bike lanes approved by the SFMTA, which he first said would be done by the end of 2011, then by the end of 2012, but which lately seemed to be dragging into 2013.

At SFBC’s urging, Olague recently wrote a pair of letters to the SFMTA urging quicker action on the project, and it seems to have worked: Shahum said a vote on that project has now been scheduled for Oct. 16, and she’s hopeful that it might now be underway by the end of the year after all. As she said, “We’re thrilled.”

BTW, in case you’re curious, the Guardian’s endorsements come out on Oct. 3.