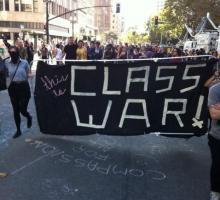 The latest Forbes 400 is out, the list of the richest Americans, and a record number (according to my annual record-keeping) now live in San Francisco. This is a city with 18 people on the top-billionaires list — and since the list cuts off at $1.1 billion, there are a lot of really, really rich San Franciscans who didn’t quite make it this year. School Board candidate Sam Rodriguez told us his research shows that there are 80,000 millionaires in the city, meaning one in ten San Franciscans is worth a cool mil, and while some of that is just homeowners who bought 20 years ago and now have property worth $1 million — and I haven’t verified his data anyway — it’s hard to argue that this is anything but a very wealthy city.

(It also has, according to Forbes, the second-hippest neighborhood in the nation, and that would be the Mission, which is reaching that fully-gentrified stage where nobody young can afford to live there anymore so it won’t be hip much longer.)

The list comes out at the same time that figures show nearly 7 million Californians are living in poverty, and household income for most people has been stagnant — at best — for more than a decade.

It was a great year for the top 400, though — their median income was up rather dramatically. It seems that, whatever Mitt Romney may say in public or in private, the Obama administration hasn’t been bad at all for the 1 percent.

I keep asking, and I know it’s tiresome, but: Why, in a city with 18 billionaires, do we still have to clear out homeless encampments?

Why are the public schools holding (literally) bake sales to buy paper and pencils? Why have we cut the number of acute psychiatric care beds at SF General from 40 to 10? If San Francisco can’t even talk about taxing the billionaires, is there any hope for the rest of the country?