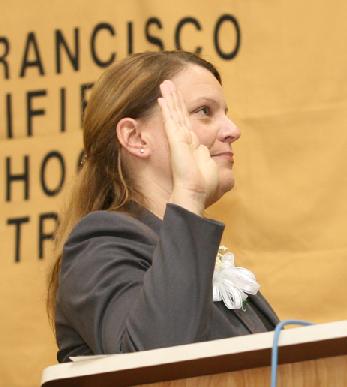 Rachel Norton, one of three incumbents seeking re-election to the San Francisco School Board, sees herself as an advocate for parents, particularly parents of special-ed kids. She told us she was proud of the dramatic gains the district has made in some of the lowest-achieving schools and said that in her time on the board, the district has done a remarkable job of managing its budget. She wants to make school food a major priority in the next four years and will be pushing the idea of building a central kitchen so food can be prepared locally instead of shipped in from the midwest.

She also explained her vote to defy the teachers union and protect junior teachers at 14 schools from layoffs.

You can hear the entire interview after the jump.