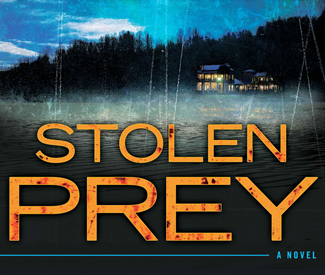 LIT So much trash lit, so little summer left. It hasn’t been the greatest of years for beach and backyard reading (seriously, more trash than lit), but we struggle on. Some selections:

Jack Reacher is one of the best action characters of our time, up there with Spenser and Travis McGee.

Child came up with a winner, a former military cop who wanders the world like Kwai Chang Caine, doing good work, sometimes reluctantly, with superior fighting skills that make him a true badass.

The Affair is sort of a prequel, and takes us back to Reacher’s army days. It’s absolutely formulaic, completely predictable, just like all the other Reacher books — but so well executed that it’s still a beautifully guilty pleasure.

There’s a murder that puts Reacher in danger, a gang of thugs who get their butts kicked, a hot woman in law enforcement with whom Reacher has what we all know will be a short-lived affair … and plenty of sharp dialogue the keeps the pages turning.

With all the pablum out there, it was nice to sit down and read the work of a master who is still in his prime.

Put this one up there with The Affair. If you love Lucas Davenport and his world of twisted murder shit in and around the Twin Cities, then Stolen Prey works fine.

Mexican drug gangs seem to be the Most Evil Fuckers In The World this summer, and in Stolen Prey, they’re particularly horrible, doing a stomach-turning murder that takes place in a nice upper-middle class town. The dead family appears to have no ties to any type of criminal activity — but ah, there is much more here.

Again, nothing radically new (except a suprising ending involving Davenport’s adopted daughter, Letty, who apparently has some of the step-old-man in her), but a fine read for a sunny afternoon.

Grishman practically invented the modern lawyer novel, and most of his protagonists are brilliant (if tormented) legal advocates who fight valiantly against corporate crime.

It was getting old.

This time around, there’s plenty of evil corporation (big pharma) — but the lawyers are bumbling idiots, worthless ambulance chasers who’ve stumbled into something they’re mind-bendingly unqualified to handle. Drunk lawyers, dumb lawyers, lawyers behaving badly … it’s a grand and glorious testament to the noble profession. And it moves right along.

By James Patterson and Howard Roughan

Patterson has written so many books I don’t think even he can keep track. The Alex Cross series is among the modern classics in crime lit. His current M.O.: Find co-writers who can do some of the heavy lifting while he polishes. At least, that’s how much of his stuff reads. And this one, sad to say, is a snooze.

Even in his collaborations, Patterson normally manages to keep things lively. The plots are good, the characters decent, and there’s no shortage of action. He’s into seriously depraved, psychotic villains and seriously evil enemies. Never a dull moment — mostly.

But Don’t Blink bored me. It’s about a reporter (good) who sees a mob killing (cool) and then gets in trouble (predictable). The protag is decent and believable, but the plot goes on and on and gets nowhere. Blink.

Verdon’s series hero, retired cop Dave Gurney, continues to live in his gruesome Green Acres in upstate New York, where his wife wants a quiet country life and he keeps tangling with psychokillers. I really liked the first two, Think of a Number and Shut Your Eyes Tight, and this one’s fine, although not as stone-cold sick-ass wacked-out crazy as the past two.

Here, Gurney looks into a cold case and everyone thinks he’s crazy except that the killer, who supposedly isn’t around, keeps doing things like shooting deadly hunting arrows into his garden. Between the murderer and the pain of his tormented marriage, there’s enough to keep you turning the pages. But it’s at best a B-plus.

All of the knockoffs suck. Tom Clancy’s Ops Center? Worthless. The Jason Bourne sequels? Robert Ludlum’s ghost is puking. You don’t do that shit; it doesn’t work. And another writer trying to take on the Late Great Robert B. Parker and Spenser? Not a prayer. Give it up.

Except that Ace Atkins actually makes it work. And he does it not by becoming Parker but by staying true to the characters and developing just enough of his own voice that it’s not just a weak parody. You’ve got Spenser and Hawk and Vinnie and Susan Silverman and a 14-year-old terrified girl who hired the detective for a box of donuts and leads him into a fierce FBI-Boston mob frameup gig that sparkles like Parker of old.