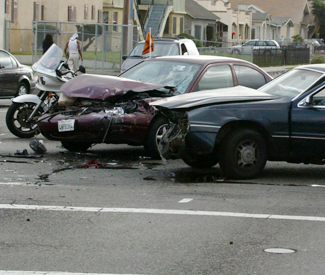 Mercury Insurance and its billionaire founder George Joseph are trying, for the second time in two years, to charge infrequent drivers more for car insurance.

Only this time, the measure has the surprising support of a progressive advocacy group that represents low-income communities of color — and that recently received a substantial donation from Mercury.

Proposition 33 — which so far has received fairly little news media attention in an election dominated by talk of taxes — is a reprise of a similar measure, Prop. 17, that went down to defeat in 2010.

The measure seeks to allow insurance companies to set premiums based in part on whether consumers have had continuous coverage. In other words, Mercury wants to raise rates on people who take a break from driving for economic, environmental, or other reasons.

The new measure contains a few exemptions targeted at sympathetic groups singled out by opponents in the last campaign, including active-duty soldiers and those unemployed due to layoffs.

And Prop. 33 also has a significant new backer, the Berkeley-based Greenlining Institute.

That alliance has drawn the ire of Consumer Watchdog, the nonprofit group that created California’s regulated car insurance system with Prop. 103 in 1988 and has been fighting to defend it ever since.

“It raises rates on the people that Greenlining claims to represent,” Consumer Watchdog President Jamie Court told us.

Mercury got its start in the 1960s, selling insurance to car owners who had spotty records, charging high rates — and aggressively challenging claims. About 80 percent of its business is in California.

And Mercury has been trying for some time to challenge the landmark Prop. 103, the 1988 ballot measure that set tight regulations on what car-insurance companies can charge — and what they can use to set rates.

Under that law, insurance companies can only use three basic rating factors: how long someone has been driving, vehicle miles traveled per year, and a driver’s safety record. There are 16 more factors that the state has allowed to have a smaller impact on rates, including the “persistency discount” that rewards drivers for staying with a single company.

Court said there are good reasons for that discount, noting that it costs companies more to market to and administer new customers than to serve existing ones.

Prop. 33 would allow consumers to shop around and still keep that discount — something that Court said only makes sense if you want to give insurance companies the power to divide customers by class and punish people who choose to give up driving for a while.

“It’s sleight of hand,” Court said. “Some drivers get a discount, everybody else is going to get a surcharge.”

Two years ago, every single legitimate consumer group in the state opposed Mercury’s efforts. So why is the prominent Greenlining Institute changing its tune?

Greenlining says the new measure is better. But the group’s staffers also acknowledge that Mercury is now a significant donor to Greenlining. Joseph appeared as a panelist at Greenlining’s 19th Annual Economic Summit in April, and the company donated $25,000 at that time.

Greenlining General Counsel Sam Kang, who pushed for the new position and is the designated point person in defending the stance, told us the new exemptions make the measure worth supporting. “The protections are what really distinguish Prop. 17 from Prop. 33,” Kang said. “It’s better than what we’ve got now.”

Kang argues that the increased competition it could foster among insurance companies might lower premiums for everyone. “If customers are willing to walk away” from their current insurance provider and still keep their continuous coverage discount, Kang told us, “that’s how it will drive down rates.”

Court called it “ridiculous” to claim this corporate-sponsored measure — Joseph has personally given almost $8.3 million to the Yes on 33 campaign, the lion’s share of its total funding — would drive down premiums through increased competition for customers.

“There’s no dispute on that and Greenlining is using tactics that are really reprehensible, and it’s a shame because they are likely to be the centerpiece of Mercury’s campaign,” he said. “George Joseph is trying to get cover from a group that has no business doing this.”

Greenlining Executive Director Orson Aguilar acknowledged the organization was divided on this measure, and that is still open to being convinced it made the wrong call. “This was hotly debated. This was not an easy issue for us,” Aguilar told us. “Frankly, if we’re wrong, we’re happy to be convinced.”

Yet it may be too late for that: The state voter handbook has already been printed, and the Yes on 33 campaign has been touting the group’s support. “The Greenlining Institute — a consumer group founded to fight unfair business practices — supports Proposition 33 because it protects consumers and allows this discount to everyone who has followed the law,” says a ballot argument that signed by Kang and CDF Firefighters President Robert T. Wolf and California Hispanic Chamber of Commerce President Julian Canete.

“As you know, we opposed Prop. 17 and we opposed it quite vigilantly,” Kang told us. And the main reason was the organization didn’t buy Mercury’s spin that it would simply lower rates for those with continuous coverage. “If someone is going to get a discount, someone else is going to pay more,” Kang acknowledges.

Yet he is now parroting the Yes on 33 campaign’s rhetoric that the measure simply rewards drivers who “followed the law” and maintained continuous insurance coverage, saying the exemptions that Mercury wrote into the new measure actually give those groups — soldiers and the unemployed, which he notes are disproportionately poor people of color — more protections than they now enjoy.

“If you have continuous coverage for five years, you are eligible for a persistency discount,” Kang said, casting the measure as simple and straightforward.

Court and his group strongly object to that simplistic approach, asking why an insurance company would sponsor a measure that lowers premiums. The reality, consumer advocates say, is that this is a duplicitous measure that relies on a flawed premise and is really about giving insurance companies a new tool to capture certain customers and bilk those who can least afford it.

“These exemptions are bullshit, and they are written to be very narrow. It’s lipstick on a pig,” Court said. “It exposes how it raises rates for all low-income people who don’t meet these very narrow exemptions.”

In fact, the official summary by the Attorney General’s Office makes it clear that prop. 33 “Will allow insurance companies to increase cost of insurance to drivers who have not maintained continuous coverage.”

Kang disputes that objective analysis, telling us, “The ballot title and summary is up for discussion as far as what it meant.”

Kang admitted that Mercury is supporting Greenlining. “They gave us $25,000 in anticipation of the summit, and we anticipate they they’ll help us out in the advocacy of this measure,” Kang said. “Corporations regularly contribute to us, and it has never guaranteed our consent or dissent on anything.”

He defended the approach, telling us, “Sometimes working with corporations is the only way to make monumental changes,” citing their successful efforts to improve the billing practices of PG&E, which regularly makes six-figure donations to Greenlining.

Aguilar also strongly defended the organization’s integrity. “To say that just because we got a stipend from Mercury Insurance” that bought their support, Aguilar said, is simply wrong. “Money comes from somewhere.”

Greenlining’s allies in various campaigns to protect low-income communities say they’re willing to give the group the benefit of the doubt. Joshua Arce, executive director of the SF-based Brightline Defense Project, doesn’t think donations from Mercury Insurance influenced the group’s position, noting that it has also received contributions from PG&E and AT&T then subsequently joined campaigns that opposed those companies’ practices.

Instead, he said Greenlining was probably just offering support to the measure because Mercury had addressed Greenlining’s criticism of Prop. 17 two years ago. “That’s one of the things about Greenlining,” Arce told us, “they say, ‘If you fix all the things we laid out, if you address them, then we’ll support it.” Yet Court said the minor changes made between Props. 17 and 33 shouldn’t have won over such a potentially influential ally. “I’m told they’re going to use Greenlining in the commercial. It’s clearly a transactional relationship,” Court said. “When the billionaire behind Mercury Insurance says it, it’s hard to believe, but it’s easier to believe coming from an organization called Greenlining.”