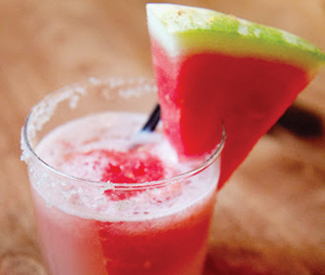 APPETITE A fledgling new restaurant is a work in progress, evolving. Often I’ll visit restaurants in their opening week, then return three to four weeks later, noticing a marked improvement in rhythm and flow, if not a dramatic change in food (often first food impressions prove to be consistent).

Returning a few months into a restaurant’s life, if things are heading the right direction, a distinct voice emerges, reflected in service and menus. Other times, one still searches for a point of view, a compelling enough reason to return. Opening in May with big vision and standouts on the plate, Dixie in the Presidio struggles to find cohesion after three months of visits.

The Southern intention of chef Joseph Humphrey (a Florida native) is just the sort of thing I get excited about: California-fresh with a New Southern ethos, not dissimilar to some of the Southern-influenced mashups I find at the likes of Maverick, the new St. Vincent, or in the best food cities of the South. Humphrey cooked at Michelin-starred Meadowood and Murray Circle, and in New Orleans with none other than Dickie Brennan & Co. South truly meets West in Dixie.

In the former Pres a Vi, Dixie hints at Southern plantation feel on the roomy veranda — ideal for the just-launched brunch — clearly the best area in the roomy restaurant. Though dreamily set in the Presidio, surrounded by trees, the Palace of Fine Arts standing majestically across the lawn, the inside remodel hasn’t quite covered up the space’s corporate feel. Rich wood grains and musical instrument art installations warm slightly, but neutral tones and a subdued air communicate “bland.”

Nearly condescending, cold service on my first visit had me actually dreading a return. Dread should never be on the menu, especially at this price. In another visit, I dined in the back space where at 7:30pm on a Saturday night more than half the tables were filled with thankfully well-behaved children. Here service improved: sweet if unsure.

Humphrey’s skill shines in chicken-fried quail on garlic waffles ($15), a twist on my soul food favorite, with cabbage and kale slaw and a subtle kick from Thai chilies in the syrup. Another excellent dish is chicken and dumplings ($24). “Dumplings” are melting-soft ricotta gnudi surrounding tender cuts of chicken draped with baby carrots. This reinterpretation does what it should: it makes you rethink, but still thoroughly enjoy, a classic.

Red miso black cod ($23), silky in apple and bourbon-tinged foam, was so good it was the one dish I reordered. Accompanied by lobster mushrooms, only a mound of farro was flavorless and forlorn. I couldn’t help but long for 4505 Meats and Ryan Farr’s unparalleled, dissolve-in-your-mouth chicharrones when chomping on the harder, overly-salty version ($6) with nori salt here. Abalone and pickled jalapeno peek out of creamy corn soup ($14), while horseradish deviled eggs ($7) are smartly topped with fried chicken liver. Despite the promise of shaved tasso ham (I adore tasso), a Dixie chopped salad ($12) is almost banal, the ham more like two big slices of deli meat draped across an otherwise unadorned salad (merely lettuce in creamy shallot dressing with a smattering of radishes), rather than sliced up and in the mix.

Wine or a pour of whiskey were the more gratifying drink choices. On the cocktail front, a pricey Terroir Fizz ($14) utilizes amazing, local St. George Terroir gin with lemon, lime, Cointreau, lemon verbena, and egg white for froth. Though I commend the move away from sweet, it was so sour (and I’ve been to known suck on lemons, that’s how much I crave sour), balance was lost in what could have been a beautiful aperitif — a bigger blow when this town is packed with excellent cocktails in the $8–$12 range. Dixie Triple S ($12) fared better in balance of sweet-smoky-spicy (the triple “S”) with Espolon silver tequila, lime, watermelon-jalapeno puree, and a hickory-smoked salt rim. 2 Bens is a playful tribute to “what dad and granddad drank” — a pint of Guinness and shot of Jack Daniels — but I cannot fathom paying $16 for a pour of such basic brands.

Dixie’s musical, New Southern vision is among my dream restaurant concepts but in actuality feels incongruent and out-of-sync despite supreme moments of taste. After the bill arrives at well over $100 for two, walking out into misty Presidio air before a green expanse leading to the Bay, our first thought is where to go next to fill up.