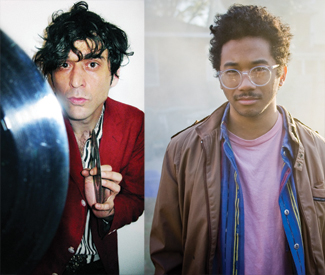 SUPER EGO And thus the epic saga of the Eagle Tavern, legendary drunken gay leather biker den of iniquity (which secretly boasted one of the best DJs in the city, Don Baird, on Sundays), closed for a year and a half, ravenously beset upon by upscale restaurant developers, canonized by the Sisters of Perpetual Indulgence, radicalized by queer activists desperate to preserve the scared space around which were scattered the ashes of some of our ancestors, transformed into a symbol of contemporary gentrification, gutted by real estate agents, tossed around by the Board of Supervisors like a hot potato, has finally entered another stage.

Please welcome new gay proprietors Mike Leon and Alex Montiel, who told me they hope to open the SF Eagle (www.sf-eagle.com) by Halloween, they’ll still hold charitable events, they’re looking forward to hosting live music nights again, and they’ll be doing their best to preserve that precious Eagle ambiance. You can read the whole story here, but little patent leather caps off to Glendon Anna Conda Hyde, David Campos, Jane Kim, El Rio (which hosted the Eagle’s wonderfully pervy Sunday beer busts in exile), and everyone else who pushed for the preservation of queer nightlife space in SoMa.

Says Glendon, who really led the push, “People thought we couldn’t preserve queer nightlife in this city — but that’s just a lazy excuse for gentrification. we should all be proud of what happens when we come together. Our nightlife history is a powerful force.”

That’s great. Now if we could only get the EndUp back on track, I could do my old Sunday bar (literally) crawl: Eagle, Lone Star, EndUp. Except for those times when I simply curled up beneath a parked car on Harrison. She was hella classy in the ’00s.

Holy Echo and the Bunnymen! San Francisco’s longest-running party is celebrating two decades? Somebody call Square Pegs. I adore DJs Skip and Shindog — they started being retro about the ’80s almost before the ’80s were over. And their selections (Bauhaus, New Order, the Cure, Depeche Mode) somehow transcend the casket of ubiquity, possibly because of the lively and actually old-school cool crowd still riding the brave new waves of aural devotion. Here’s to 20 more years of Tears for Fears, at which point it will be like listening to Elvis in the ’90s. Or something. Prefab Sprout had a song about it. Just go.

Underground indie impresario Kevin Meenan’s monthly Push the Feeling parties are a hot ticket already — but add in Les Sins and we’re entering another dimension? Who are Les Sins? Oh, just chillwave-plus genius Toro Y Moi dropping a DJ set. For an intimate crowd in Lower Haight. For $5. And you’re one of the only people who know about it.

Speaking of New Wave Cities — Josh Cheon’s Dark Entries label has kept the Bay Area at the forefront of the minimal and dark wave movement, which mines overlooked bands of the synth music past and reverential present acts that are direct descendents of those slightly sinister new waves. (Recent signee Linea Aspera is to die for.) This dark celebration features a live performance by Max + Mara plus a glowering set by Cheon himself, with Nihar, Jason P, and Dreamweapon.

SOUL CLAP AND DANCE OFF

Considering the garage powerhouse that is Oakland, it’s weird to me that we don’t have a huge dirty-funk, pervy girl group, kooky Hairspray 1960s dance-party scene here. (Hard French and any concert by Shannon and the Clams come close.) NYC DJ Jonathan Toubin was set to bring his great Night Train party here last year, but he was almost killed by a freak accident in Portland that made national headlines (a car drove into his hotel room and ran over him in bed). Well, he’s recovered enough now to get the party going again, and this groovy dance-off will also be an all-ages celebration of life. Celebrity judges and the cream of our underground garage crop will be in attendance.

OPERA IN THE PARK

Dearest drama queens, have you had a hard night out on the town? Do you need your over-the-top batteries recharged? How about just a lovely day on the lawn to check out other cute arts enthusiasts — like me! — swooning along to our hometown opera company’s overwhelming melodiousness? Bring a little (secret) wine, and let’s sing along.