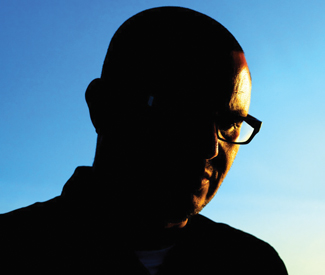 SUPER EGO So: woozy hip-hop has snuck back onto better dance floors via trap music, neon mutant Goosebumps-Beetlejuice children are ruling the queer clubs, techno keeps getting rave-wiggier, a true house revival is lighting up Oakland — and right now I’m wearing 6-inch shiny black pumps, a canary yellow pencil skirt, and a pair of sexy hornrims, because I am breaking down summer nightlife for you like the busy head of a global conglomerate, power points everywhere. Now where’s my soy double mocha latte no foam with a single ice cube?

(Belatedly, also, can I give a wee squee over the strange EDM-dubstep party cheerleader-gang phenomenon? Air kisses to the Wompettes, and Atomic Girls. You make that music fun for me.)

However, my ear and heart are still captivated by the excellent wave of esoteric bass music rolling out of various world capitals (and our own backyard). Deep, dark, heavy, and moody will always be my type — I’m basically the fruit on the bottom.

Great SF parties like Soundpieces, Footwerks, Icee Hot, Ritual, and Tormenta Tropical and shindigs from DJ Dials and the Low End Theory crew help keep my bass mechanics well-lubricated. And one of my absolute favorite DJs in the city, Nebakaneza, is doing amazingly moody and apocalyptic things with the post-dubstep vibe of the moment.

But my true ears on the street — my secret weapon, really — belong to the one and only DJ Deevice, who is a bass snoop par excellence, at least of the more occult and groovy UK variety. Deevice, a.k.a. Martin Collins was a resident at Glasgow’s seminal Sub Club during its wild rave years before heading for our fair-but-still-foggy shores in the ’90s. (He threw the storied UK Gold weekly party). There’s a whole thesis to be written about how British Isles immigrants warped and woofed the history of Bay Area dance music, and Deevice is one of the big players, although he’s never held down a regular residency here.

>>READ MORE ABOUT DEEVICE AND HEAR HIS MIXES

Instead, Deevice takes to the airwaves, both invisible and virtual, for his weekly Gridlock radio show on Radio Valencia, 87.9FM (Thursdays, noon-2pm, www.radiovalencia.fm) — the play list of which, posted at gridlockfm.blogspot.com, is an ace cheat sheet for us bass- and househeads. He’s also an A&R scout for the legendary R&S Records’ Apollo imprint. Those two positions put him prime for hearing all the best things first. “For some strange reason a lot of this music isn’t finding a home here like it is in Europe,” Deevice told me through his clipped Scottish brogue in Lower Haight recently. “And people send me great stuff all the time, so I’m happy to be passing it on.”

John Tejada, “When All Around Is Madness” (Kompakt)

Mathew Jonson “Passage to the other side” (Itiswhatitis Recordings)

Volor Flex “About You” (Apollo)

Last time gorgeously hypnotic looper Alex Willner, aka the Field, came through SF, he had augmented his formidable live bank of tech with a drummer and bassist — the effect was outstanding, even though a certain gaggle of talky gays in the Rickshaw Stop crowd would not shut up during his set. (You know who you are.) Now he’s back with musicians in tow on Mighty’s mighty sound system. Hush, children, and sink into the killer grooves.

The hot-hot-hot trans male quarterly always brings the party — if you missed its Pride weekend shindig, or want more of that uniquely seductive machismo in your life, hightail it to this. With Rocco Katastrophe, Billy Elizabeth, Nicky Click, Jenna Riot, Chelsea Starr, Rapidfire, and more.

For well-nigh a year, Odyssey was the underground loft party of choice for those ready for an extralegal journey through the sparkling state of local house music. Robin Malone and crew aren’t letting some silly shutdown stand in their way — it’s bigtime, baby, as they take over Public Works all night with hometown hero DJs Sergio Fedasz, Doc Sleep, P-Play, and Stanley Frank. True SF family vibes!

One of the longest-running and consistently excellent weekly parties turns sweet (and deep) sixteen, with one of my longtime favorites, Vinnie Esparza of the Groove Merchants record store, guesting — if anyone’s got the mindblowing underground Latin funk dubs, it is he. Plus: Seattle Mistah Chatman MCing and Dub Mission founder DJ Sep and Ludachris rolling on decks.